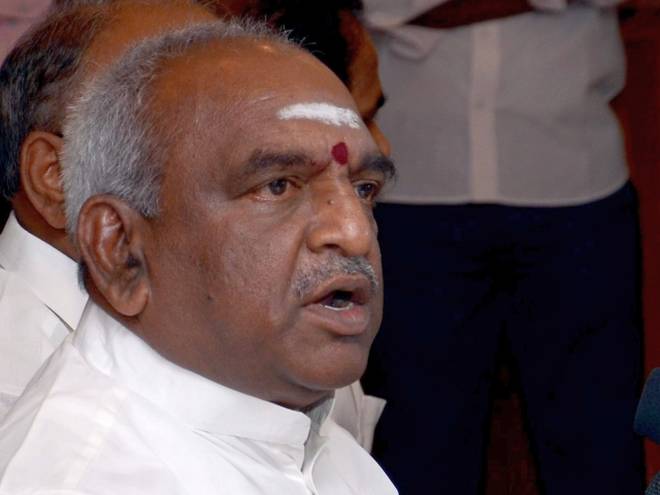 The BJP on Friday took strong objection to “untruths” about the Goods and Services Tax (GST) in the just released Tamil movie Mersal, starring actor Vijay, and sought the removal of dialogues on the central taxation.

“The film producer should remove the untruths regarding GST from the film,” Union Minister Pon Radhakrishnan told reporters in Nagercoil.

He said wrong information should not be spread through cinema and actors should not confuse people using the medium and try to derive political mileage.

Senior BJP leader H Raja also slammed the references to the GST in the movie in his Twitter handle. He said it only exposed the lack of knowledge of economics.

Mr. Raja in a tweet raked up the actor’s Christian origins.

Referring to the actor’s dialogue in the movie, Mr. Raja tweeted that in the last 20 years, 17,500 churches, 9,700 mosques and 370 temples were built. Out of these, what should be avoided to build hospitals, Mr. Raja posted.

Mr. Raja even said Mersal, showed Vijay’s ignorance in economic matters as the GST is not a new tax and the tax on liquor is over 58 per cent.

On her part, Tamil Nadu BJP president Tamilisai Soundararajan demanded the removal of the dialogues relating to GST, digital payments and temples from the movie as they spread a wrong message.

She also wondered whether Vijay had asked his fans to distribute milk to poor children instead of pouring it on his cutouts erected outside the theatres.

Ms. Tamilisai Sounderrajan told reporters in Chennai on Thursday that “incorrect references have been made in ’Mersal’ about GST … celebrities should desist from registering wrong information among people.”

Fans of the popular actor should not support such incorrect references, she said and favoured removal of the dialogues referring to the central taxation, rolled out in July.

“What do they [the filmmakers] know about GST and its economics… such incorrect references should be removed from the film,” she added.

The movie directed by Atlee, was released on October 18, coinciding with Deepavali
source:http://www.thehindu.com/news/national/tamil-nadu/remove-untruths-on-gst-in-mersel-pon-radhakrishnan/article19889136.ece