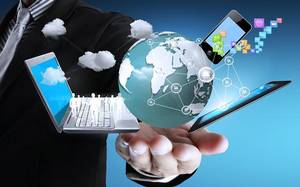 The tourism ministry has proposed a reduction in the Goods and Services Tax (GST) rates for five-star hotels and the grant of ‘infrastructure status’ as part of measures to boost the vital jobs- and foreign exchange generating sector.

Providing land on lower lease rentals for hotel construction, cutting the number of permits needed to open hotels, as well as establishing a National Tourism Regulator and the related regulatory framework are some of the other proposals made by the ministry on Monday. The aim is to ensure that within five years the sector generates 100 million jobs (from the current 43 million), attracts 40 million tourists (from 14.4 million now), and generates $100 billion worth of foreign exchange earnings (from about $24 billion at present).

The ministry has also set up four Joint Working Groups (JWGs) — one each on hospitality sector, start-ups, ‘MICE’ or ‘Meetings, Incentives, Conferences, and Events’-tourism, and niche tourism — to work on recommendations from the industry, and bring out an ‘Action Plan’ with specific targets and time lines to achieve them.

The JWGs would each have a representative from the tourism ministry, the Department of Industrial Policy and Promotion, industry, and the government’s investment facilitation and promotion wing ‘Invest India’. The JWGs would submit their suggestions within a month, with the Centre placing the recommendations in the public domain and also sharing regular Action Taken Reports.

Addressing reporters, tourism minister Alphons Kannanthanam said his ministry would soon moot the proposal for lowering GST rates on five star-hotels with the finance ministry. Currently, there is a 28% GST (the highest slab) on rooms with tariff (per room per day) above ₹7,500. According to the tourism industry, the 28% GST rate renders India uncompetitive, with foreign tourists opting to travel instead to neighbouring countries such as Thailand, Malaysia and Singapore where the tax rate on hotels was only 7% or lower.

Mr. Kannanthanam said the high cost of land was making it difficult to construct hotels. States should either give land on concessional rates, or adopt a model where the lease amount was kept low with the hotels instead required to give the State government an agreed share of the (hotel’s) annual turnover. This would help in construction of more hotels with per day room tariff of less than ₹2,000 that ‘budget tourists’ prefer, he said.

On the proposed national tourism regulator, the minister said it is to bring out and implement a regulatory framework for the sector, including for home-stays and online portals. ‘Infrastructure status’ to the hotel sector would also help spur an increase in the construction of budget hotels, the minister said. He said currently, the infrastructure status was only available for projects above ₹200 crore, adding that it should be extended to projects above ₹50 crore.

Pointing out that currently, the industry needs to obtain more than 70 permits to open a hotel, the minister said the number of permits should be reduced drastically from such “outrageous” levels. The minister said the approach being used by the Madhya Pradesh government, especially on making it easier for the industry to get land and infrastructure, would be passed on to other state governments as a model that they could consider adopting.

Additionally, the Centre would also work with the industry to soon bring out a massive skill development programme aimed at the tourism industry, in a manner that would help those being trained to secure jobs, Mr. Kannanthanam said.

Tourism Secretary Rashmi Varma said the government had offered 97 (heritage) monuments under the Archaeological Survey of India (ASI) to private and public sector corporations for developing amenities — including toilets and clean drinking water — near them in a manner that would help attract more tourists. Soon, non-ASI sites would also be offered for the same purpose. Already, the companies had expressed interest to set up such amenities in seven ASI sites, she added.