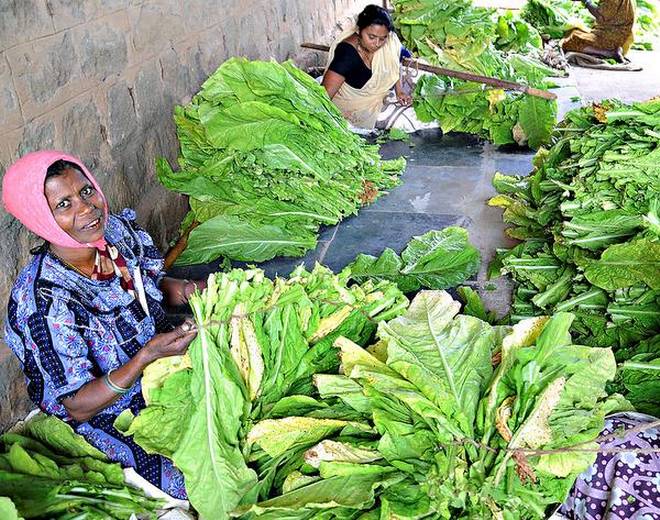 Unlike other agricultural crops exempted from the Goods and Services Tax (GST), tobacco growers in the State have begun paying 18% of GST on the service charge collected by the Tobacco Board.

However, President of Tobacco Growers’ Federation of Karnataka Javare Gowda has accused the Centre of singling out tobacco farmers for imposition of GST. “I don’t know of farmers of any other crop who are paying GST,” Mr. Gowda said. “It is unscientific and unnecessary burden on tobacco growers,” he said.

Inquiries with the cocoon market at Ramanagaram also revealed that the Sericulture Department officials are not collecting GST on the service collected from cocoon growers and buyers as market fee. “We are not collecting any GST on cocoons”, the market supervisor told The Hindu.

Mr. Gowda, who is also the former vice-chairman of the Tobacco Board, said the federation will shortly be representing to the Centre to withdraw the GST imposed on tobacco growers. Though the Board has been collecting GST from the farmers since the auction season began on September 7 this year and has not faced any resistance from the growers, the federation representatives felt that most of the growers may not be aware of the deductions.

Meanwhile, the auction platforms have witnessed a good demand for tobacco from buyers across the globe this season. “Even though markets began about a week ahead this year, a total of 14.65 million kg of tobacco has been marketed as on today against 7.3 million kg marketed on the corresponding day last year,” a Tobacco Board official said.

The sanctioned crop size for tobacco in Karnataka this year is 99 million kg though the Indian Tobacco Association (ITA), comprising manufacturers and exporters, had submitted an indent to the board demanding 105 million kg from the State.

Though the region received a large amount of rainfall during the last two months, destroying crops, particularly vegetables, the tobacco farmers were spared as they had harvested their produce before the rains. They take up plantation in April and harvest the crop by August.