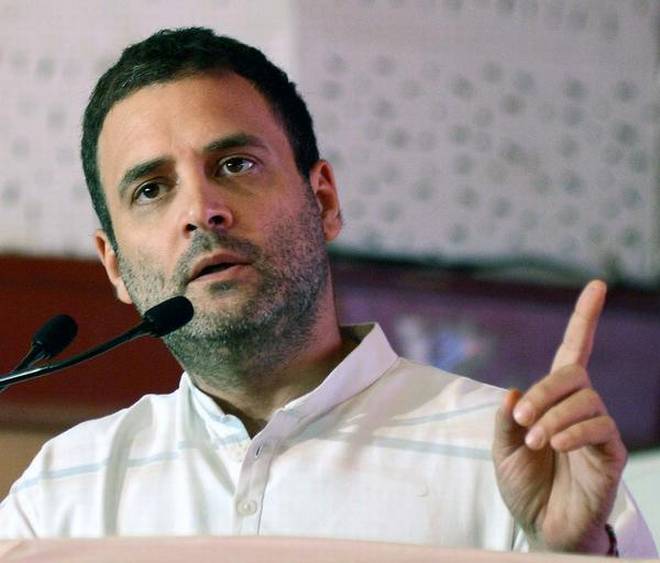 “Narendra Modi received a huge mandate. People expected that he had the ability and understand to develop an Indian vision. Today it lies shattered. Condescending tone is the bedrock of this govt’s arrogance. Business thrives on trust. The trust in this govt is dead. The PM and the govt believes every single person is a thief,” Mr. Gandhi said.

“On November 8, we will have marking the death anniversary of 500 and 1000 rupee notes. PM didn’t understand all cash is not black and all black is not cash. PM used his vast powers to unleash ‘terror’ on citizens. Many people died running from pillar to post and millions lost livelihood. To do all this, you need a very big chest but a very small heart,” he said.

Mr. Gandhi said, “It’s like killing commandos. Quick short fire to kill. First note ban and then GST. We are starting at a disaster — Modi Made Disaster. Today the national discussion is only about growth. Indian economy can be revived and UPA brought out millions out of poverty. If we are not creating jobs, we are not solving the problem.”

“We believe in giving equal access to MSMEs sector like big businesses We trust you, we believe in you. It was a misunderstanding that powers are concentrated at 10 Janpath. But the concentration of power in the PMO is nowhere near like the present one. Ministers in this government like Sushma Swaraj ji don’t have powers,” he added.

In response to a question if Congress will change GST if they come to power, he said, GST has to be reformed, changed and simplified.