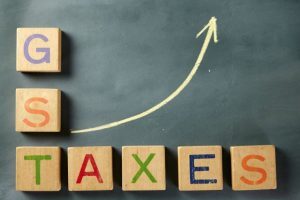 The officials of Telangana’s legal metrology department will carry out special checks across the state from today following complaints of GST being levied in addition to the MRP on packaged goods.

Severe action will be initiated against levying of the Goods and Services Tax (GST) in addition to the maximum retail price (MRP) and cases will be registered against such an illegal practice, C V Anand, the state’s civil supplies commissioner and legal metrology department’s controller, said yesterday.

Penalty ranging between Rs 2,000 and Rs 25,000 will be also imposed on such malpractices, he said.

He warned manufacturers, packers and importers against collecting GST in addition to the MRP on packaged goods.

At a review meeting, he directed officials of the legal metrology department to take strict action on complaints of consumers being charged an additional GST over MRP.

“Customers should be made aware that GST is included in the MRP and it should not be charged separately. Several complaints have come to light of additional GST being charged over MRP on packaged goods, and some non-taxed goods are also been taxed with GST. It is illegal,” Anand said.

Special teams comprising officials and staff of the legal metrology department have been set up to conduct special checks statewide from today, he said.

To allow consumers to lodge their complaints in this connection, a separate grievance cell has also been started, an official release said.