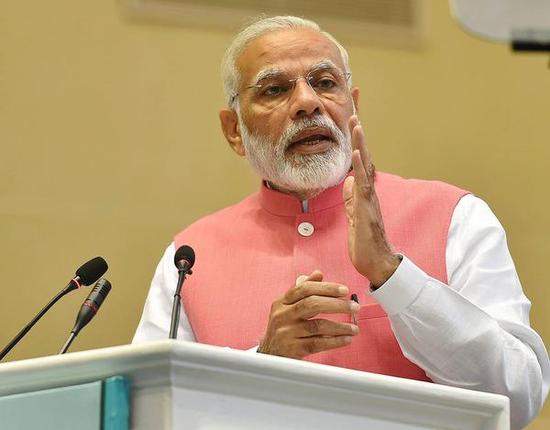 NEW DELHI, OCT 26:
The Goods and Services Tax (GST) is creating a new business culture in the country, and in the long term, its biggest beneficiaries will be consumers,” Prime Minister Modi said here on Wednesday, adding that “increased competition due to the GST will lead to moderation in prices, and will directly benefit poor and middle class consumers.”

The Prime Minister was speaking after inaugurating a two-day international conference on consumer protection hosted by the Consumer Affairs Department and UNCTAD.

Highlighting the steps taken by his government to protect consumer interests, Modi said the use of technology in the past three years had set in motion a “new ecosystem for grievance redressal”.

The manner in which this government has used social media in a positive way to protect consumer interest is unprecedented and has never been witnessed in this country before, he said.

Citing the example of the direct benefits transfer scheme in the public distribution system, the Prime Minister said with use of technology the government had been able to prevent ₹57,000 crore from going into the wrong hands. Invoking Kautilya (who wrote Arthashastra and served the Mauryan Empire) and the ancient Hindu scriptures, the Vedas, Modi said thousands of years ago, the rules of consumer protection had been laid out, as even the scriptures mentioned how people indulging in fraudulent trade should be dealt with.

“It is mentioned in Atharvaveda that nobody should be involved in malpractices of quality and measurement,” Modi said.

He said: “You will be amazed to know that about 2,500 years ago, during the time of Kautilya, there were guidelines on how to regulate trade and protect consumer interest….. If we draw a parallel with the era of Kautilya, we can say that the system can today be defined by posts, such as the Director of Trade and Superintendent of Standards.”

The Prime Minister said consumer empowerment would be the focus of the new Consumer Protection Act being formulated by the government, which would redress grievances in the shortest possible time and make more stringent norms for curbing misleading advertisements.

“Protection of consumer interests is a priority of the government. This is also reflected in our resolution of New India. Moving beyond consumer protection, New India will have best consumer practices and consumer prosperity,” Modi said, adding that a Central Consumer Protection Authority would also be set up with executive powers.