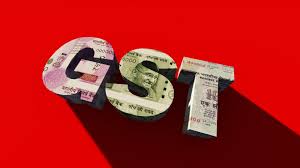 Dhananjay Singh
The micro, small & medium enterprises (MSME) sector is the backbone of Indian economy as it contributes significantly to the Gross Value Added (GVA), manufacturing output, employment and exports. It is the second-largest sector for employment generation—after agriculture—in India, in terms of volume. Increasing the ease of doing business in the MSME sector will, therefore, help create more jobs. As per the fourth All-India Census of MSMEs (2006-07)—the last such available—94% of the enterprises are in the unorganised sector, having concomitant features like lack of access to social benefits, higher likelihood of tax evasion, feeding into the parallel economy.
The number of effective taxpayers in India is disturbingly low (about 1.3%), resulting in a relatively low tax-GDP ratio. India’s 5% rate, in the GST rate basket, is the lowest in the world. The entry-level GST rate and measures like composition scheme are intended to facilitate the widening of the tax base. Research indicates that GST functions like a presumptive tax on informal sector, since tax credits are available only to registered entities. Thus, GST is more likely to lead to a shift in the market share from unorganised to organised in the medium-to-long-term by providing a positive incentive to those who are part of the GST credit chain.
MSMEs generally bear proportionally higher GST costs than large businesses as their compliance efforts takes a greater share of their financial, technological and human resources. Therefore, the GST Council, in its October 6 meeting, decided to simplify the tax administration. The composition scheme is meant to reduce the transaction cost and the compliance requirements of small businesses. To increase the reach of this scheme, threshold turnover for eligibility has been increased from Rs 75 lakh to Rs 1 crore. The composition window will be kept open till March 31, 2018, as less than expected had registered.
The GST Council has constituted a ministerial panel on the composition scheme to make the scheme more attractive as only about 15.5 lakh businesses out of the total of 98 lakh registered under the GST regime have opted for it. The flip-side of the composition scheme is that there is no input tax credit (ITC) and inter-state trade is not covered. Most of the businesses opting for composition levy are small restaurants while bigger restaurants and restaurant chains have opted for full-fledged GST registration to avail ITC. Tax rates on restaurants must be revisited as they are reportedly not passing ITC benefits on to customers.
Anecdotal evidence indicates that the Moradabad Cluster was affected as workers making inter-state supply have to get registered (hitherto not required to register), thereby imposing compliance costs that affects their pricing strategy. So, it has been decided by the GST Council that service-providers having turnover less than Rs 20 lakh would be exempted from registration even if they are providing inter-state taxable services. To ensure a smoother transition of small businesses into GST with low compliance cost, the periodicity of GST returns has been reduced from monthly to quarterly for businesses with turnover upto Rs 1.5 crore. Well-performing GST regimes, as that of New Zealand, also provide for half-yearly filing for assesses whose turnover is less than $500,000.
Reverse charge mechanism (RCM) shifts the liability to pay GST from the supplier of the service to the buyer while, in normal circumstances, supplier pays the tax. RCM is a standard practice in international VAT law—for instance, EU uses RCM to tax cross-border supplies. Though RCM facilitates tax administration and prevents tax evasion, there were some unintended consequences for supplies made by an unregistered dealer. Goods Transport Agency (GTAs) were reluctant to pick up cargo of unregistered dealers (URDs) as, in that case, the GTAs would have to take registration. Therefore, the enforceability of RCM in case of URDs has been suspended till March 31, 2018.
Earlier, small enterprises were required to pay duty once in a quarter by which time they would have received the payment from their customers. Under GST, tax has to be paid by the 20th of the succeeding month. Now, small entrepreneurs have had to take working capital loans to pay taxes. Therefore, the Council’s decision that there is no need to pay GST when advance is received or goods are sold is welcome relief for taxpayers of turnover up to Rs 1.5 crore. GST will prove a boon for MSMEs, provided the tax structure is appropriately designed and fairly administered.
Writer is Assistant Commissioner (P), NACIN, CBEC, ministry of finance. Views are personal