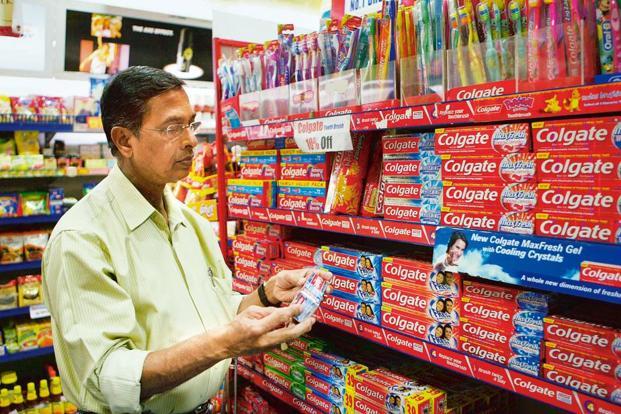 New Delhi: Maximum retail price (MRP) of goods must include the goods and services tax (GST) component to effectively address consumer complaints that some retailers charge the new indirect tax on MRP of products, a high-level panel of state finance ministers has recommended.

The group of ministers (GoM), headed by Assam finance minister Himanta Biswa Sarma, has in its recommendation to the GST Council on easing compliance burden on small and medium enterprises (SMEs) suggested that the government make it amply clear in the present law that MRP is the maximum retail price of a product to be sold in retail and charging anything above this is an offence.

This rule, people in the know said, must be applicable to establishments like restaurants, eateries and malls that sell packaged goods such as bottled beverages which already carry an MRP, but at some places, a GST is charged over and above that MRP. However, businesses while uploading the invoice to the government in filing returns and paying taxes can separately show the GST component and the selling price of the product.

“We have suggested that when businesses issue invoice to consumers, the MRP should be inclusive of GST. The bifurcation in tax collection and sale price can be shown in the invoice while paying taxes to the government,” people familiar with the matter told PTI. In Guwahati on 10 November, the GST council, chaired by union finance minister Arun Jaitley and comprising his state counterparts, is likely to take up the recommendations of the GoM, which was set up earlier this month.

Over half a dozen micro, small and medium enterprises (MSMEs) had on Sunday made a presentation before the GoM, the people in the know added. Among other things, the GoM also suggested lowering the fees for delayed filing of returns to Rs50 a day from Rs100. Also, the panel pitched for extending the quarterly filing of returns facility to all taxpayers.

Currently, businesses with turnover of up to Rs1.5 crore are allowed to file returns and pay taxes every quarter. The major recommendation of the GoM includes slashing tax rate to 1% for manufacturers and restaurants while easing norms for traders opting for it.

Manufacturers and restaurants with turnover of up to Rs1 crore pay GST under the composition scheme at 2% and 5%, respectively. The same for traders is 1%. It also suggested doing away with the tax rate distinction between AC and non-AC restaurants, those which are not covered under the composition scheme, and tax them at 12% with input credit. Also, eating out at hotels, which has room tariff of more than Rs7,500, should attract a uniform 18% tax rate instead of any separate category for 5-star hotel, the GoM recommended.