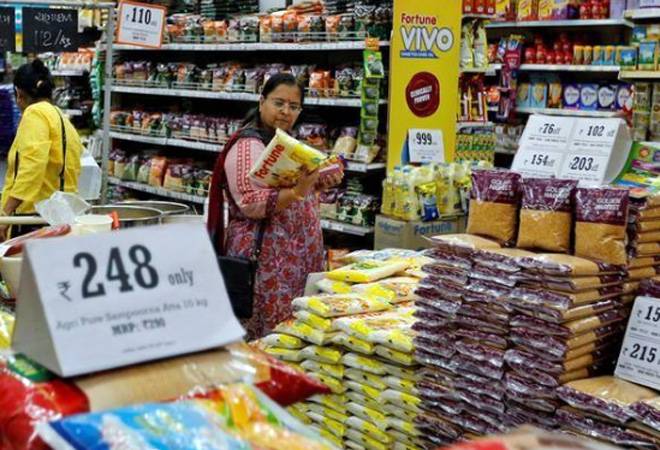 The government is likely to come out with a fresh order to make it mandatory for restaurants, malls and other shopping outlets to ensure that the maximum retail price of goods and services includes GST. A senior official confirmed that the recommendation has been made by the group of state finance ministers headed by Assam Finance Minister Himanta Biswa Sarma.
The issue will be now be taken up by the GST Council headed by Finance Minister Arun Jaitley which is scheduled to meet on November 10. Consumer complaints have been pouring in that some retailers charge GST over and above the MRP of products and the group of ministers recommendation aims to address this problem.
They have suggested that the government should make it very clear that MRP is the maximum price of a product to be sold in retail and charging anything above this is an offence. Several malls and other commercial establishments sell packaged goods such as bottled beverages which already carry an MRP, but at some places, a GST is charged in addition to the MRP.
However, businesses while uploading the invoice to the government in filing tax returns can separately indicate the GST component and the selling price of the product. The Government has been making changes in the GST norms based on the feedback received from consumers and businesses. This is the first time that the a tax reform has taken place on such a large scale since independence and there are bound to be some teething problems, a senior official said.
With the assembly elections being declared in key states including Gujarat, the government is keen to take all complaints on board and ensure that there is no political backlash over economic reforms. The opposition parties including the Congress are trying to portray GST as a draconian tax measure and the government is keen to send out the correct message. New rule to ensure MRP includes GST Move to check fleecing of consumers Among other things, the GoM also suggested lowering the fees for delayed filing of returns to Rs 50 a day from Rs 100.
Besides , the panel has come out in favour of extending the quarterly filing of returns facility to all taxpayers. Currently, businesses with a turnover of up to Rs 1.5 crore are allowed to file returns and pay taxes every quarter. The major recommendation of the GoM includes slashing tax rate to 1 per cent for manufacturers and restaurants while easing norms for traders opting for it. Manufacturers and restaurants with turnover of up to Rs 1 crore pay GST under the composition scheme at 2 per cent and 5 per cent, respectively. The same for traders is 1 percent. It also suggested doing away with the tax rate distinction between ACand non-AC restaurants.`
GST DEADLINE EASED
The government on Monday extended the date for filing of July GSTR-2 to by a month to November 30 and GSTR-3 to December 11. GSTR-2 or purchase returns have to be matched with GSTR-1 which is the sales return. The original due date for filing GSTR-2 was October 31, while the last date for filing of GSTR-3, which is a matching form of GSTR-1 and 2, was November 11. The last date for filing of GSTR-1 for July was October 1.Over 46.54 lakh businesses had filed July GSTR-1 returns.
The extension will facilitate about 30.81 lakh taxpayers for filing GSTR-2 for the month of July, 2017, the finance ministry said in a statement. The competent authority has approved the extension of filing of GSTR-2 for July, 2017 to November, 2017, for facilitation of businesses and all taxpayers, it said. Businesses have been complaining of problems in matching invoices, while filing GSTR-2 on the GST Network portal.
This is the first month of filing GSTR-2. The extension of last date for filing will act as a breather for them as well as GSTN which can further streamline the utilities on the portal. The Group of Minister under Bihar Deputy Chief Minister Sushil Kumar Modi had last week flagged issues faced by taxpayers.