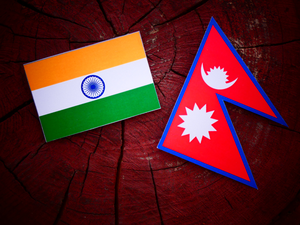 KATHMANDU: Nepal’s export to India has been adversely affected after the enforcement of Goods and Services Tax as Nepali goods have become less competitive in the Indian market due to high duty in post-GST period, a media report said today.

Trade of major export items to India, which were enjoying zero duty or nominal tariff earlier, has dropped significantly, the Himalayan Times reported citing the Nepal Rastra Bank s recent report.
Export of juice, jute products, vegetables, fruits, processed food like biscuits and noodles, cardamom, among others, have plunged heavily, the daily said.
Export of juice, which was a major export item to India in the previous years, has plunged by 57 per cent in the first two months of current fiscal as compared to corresponding period of the previous fiscal year.

The country exported juice products worth Rs 344 million in first two months of the ongoing fiscal as compared to Rs 800 million in same period of previous fiscal.
Export of juice products to India was on the rise since last several years as the Indian multinational DaburBSE 5.04 % Nepal was the largest exporter of juice to India.

According to the central bank’s data, export of juice had surged by 50 per cent in the first two months of fiscal 2016- 17 compared to the corresponding period of fiscal 2015-16.
The major reason behind the significant decline in export of juice is increased tariff to export to the Indian market, the daily said.
The exporters said they have to pay 12 per cent integrated goods and services tax (IGST) to export juice to India, compared to 6.18 per cent during pre-GST regime.
This means the Indian market has become 5.82 per cent costlier for juice exporters after implementation of the GST, it said.

Likewise, export of large cardamom plunged by 45.3 per cent, fruits (85.9 per cent), vegetables (39 per cent), noodles (34 per cent), jute goods (2.3 per cent) in first two months of this fiscal as compared to corresponding period of last fiscal.

There are high tariff differences in post- and pre-GST period in vegetables, processed food and other agriculture products. As per the study carried out by an independent think-tank South Asia Watch on Trade, Economics and Environment (SAWTEE) on 30 major export items to India, export tariff for 28 top items have increased, like five per cent on big cardamom, 12 per cent on processed food items and 18 per cent on vegetable products.

As Nepal’s top export items have been hit hard since enforcement of the GST, country s export to india is likely to drop.

Shekhar Golchha, senior vice president of Federation of Nepalese Chambers of Commerce and Industry, said that Nepali goods have become less competitive in Indian market as they have to pay high duty in post-GST period.

“Nepali exporters should diversify their market in short-term and be competitive in longer-term to tap the huge market opportunity in India,” he was quoted as saying.
source:https://economictimes.indiatimes.com/news/economy/foreign-trade/gst-hits-nepals-export-to-india-report/articleshow/61365845.cms