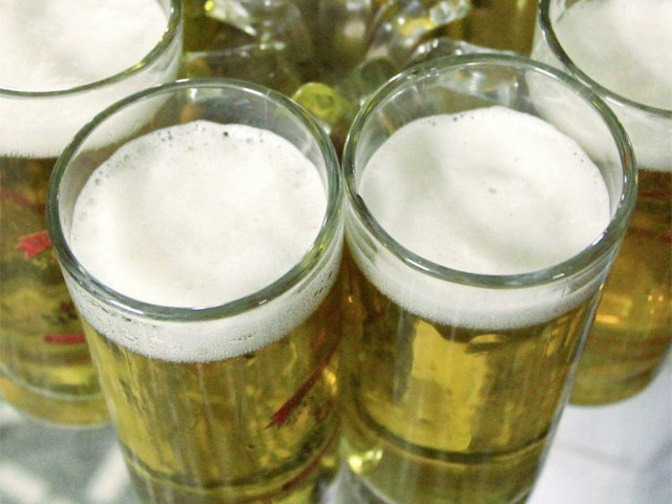 “The India market has been very volatile this year due to the so called highway ban, implementation of GST and also heavy rainfall in some of the provinces. Our volumes declined by a couple of percentage points, but we continue to strengthen our market share,” Carlsberg chief financial officer Heine Dalsgaard said at an investors’ call.

“Prices have been increased to offset the GST impact,” he said, after declaring the third-quarter performance, which saw net revenue slip 1%. The maker of Tuborg beer had posted 20% year-onyear volume growth in India last quarter, a sharp recovery from a 20% fall in the January-March quarter.
In April, a Supreme Court order forced nearly a third of all outlets to shut shop last month and a significant portion hasn’t reopened or relocated yet.

India’s beer sales fell 2% in the year to March 2017. Heineken, Anheuser-Busch In-Bev, and Carlsberg — which together control about 90% of India’s beer market — have introduced about a dozen new beer brands to fend off sales bans in a few states, shrinking store networks and stagnant demand in a warm, tropical country with promising demographics and increasing affluence.
source:https://economictimes.indiatimes.com/industry/cons-products/liquor/carlsberg-blames-gst-ban-for-volume-dip/articleshow/61473798.cms