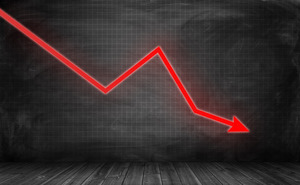 NEW DELHI: The backbone of India’s manufacturing sector — micro, small and medium enterprises (MSMEs) — had not yet recovered from the demonetisation move when the Goods and Services Tax (GST) came in to add to the pain, according to industry stakeholders.

“The base of the MSME pyramid is comprised of informal sector, which has traditionally done business in cash. With withdrawal of cash, this market seized up for a quarter or so. They (MSMEs) are limping back to normality,” said Anil Bhardwaj, Secretary General, Federation of Indian Micro and Small and Medium Enterprises (FISME).

“The recovery is slow because of the new disruption in the form of GST. In the short term, there could be loss of business opportunities because of lack of capital in the informal markets,” he said.
Bhardwaj said that the housing sector, which had more than 60 product categories linked to MSMEs, was drastically hit, both directly and indirectly.

According to DS Rawat, Secretary General of Assocham, except for some payment gateways, most of the sectors lost out.
“The impact of demonetisation would have evaporated, but the GST roll-out issues are being braved by some sectors, particularly the SMEs and the traders,” said Rawat.

In the Economic Watch report by Ernst & Young for September 2017, demonetisation has been blamed for an adverse impact on the economy in the short run, as its “benefits are yet to overtake” the costs.

“The government and people at large did have to bear considerable costs in the immediate aftermath of demonetisation. Some of these costs may be difficult to quantify, but objective evidence of the short-term costs is available in at least some important dimensions,” the report said.

“There was an erosion of growth, output and employment,” it added.

The overall economic growth is still contested, however, as some argue that the downward spiral in gross domestic product (GDP) growth preceded demonetisation.

It mentioned that the downward trend in growth preceded demonetisation and was largely caused by an investment slowdown.
However, it rose 2.7 per cent in January 2017. The latest IIP figures for August showed that factory output grew 4.3 per cent against the same month last year on the back of robust mining and electricity sector growth.

According to the Ministry of Statistics and Programme Implementation, manufacturing output in the country in July 2017 had grown marginally by 1.2 per cent.

“The event clearly pushed the economy towards a higher degree of digitisation and financial inclusion. Accordingly, the digital finance sector seems to have gotten a push while over the longer term financial services should be the biggest gainer,” said Anis Chakravarty, Lead Economist, Deloitte.