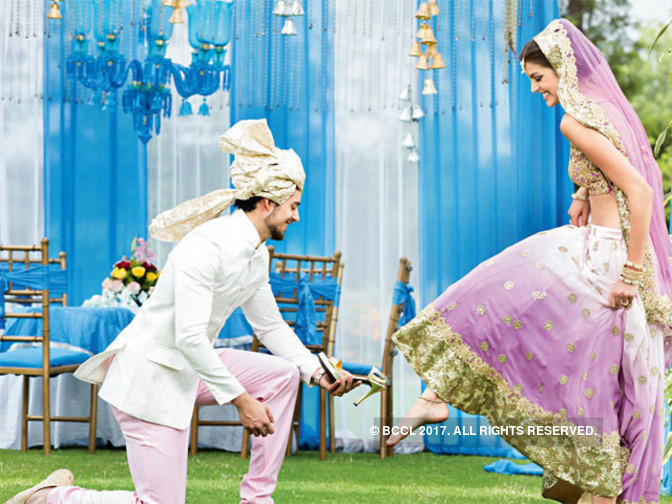 NEW DELHI: At India’s five-star hotels, the goods and services tax (GST) has proven to be more than auspicious for the upcoming wedding season. Sure, the 28% GST on luxury hotel rooms has hurt but the flattening of multiple taxes promises to cheer up the banqueting end of the business.
“We are all sold out this (wedding) season. And the GST rates have helped,” said Tarun Thakral, chief operating officer of Delhi’s Le Meridien.

Previously, the multiple taxes — which could include a mandap levy — that hosts had to cough up to hold weddings in five-star hotels like the Meridien could cumulatively go up to 30-35%, Thakral said. But now the services, all clubbed under banqueting, are taxed at 18%. India’s biggest luxury hotel chains say wedding bookings have surged across the country, thanks to this.

“Bookings are very encouraging. We have witnessed an 18-20% growth from this segment. The Taj Mahal Palace in Mumbai, Taj Palace in Delhi, Umaid Bhawan Palace in Jodhpur and Taj Falaknuma Palace in Hyderabad remain hot favorites for destination weddings,” said Chinmai Sharma, chief revenue officer of Taj Hotels Palaces Resorts Safaris. “Among our new hotels, Taj Swarna in Amritsar is becoming a very popular venue for wedding celebrations.”
The Tata-owned Taj group launched the Taj Wedding Studio concept this week aimed at providing curated experiences through collaborations with top names in associated fields such as designers.

The Leela Palaces Hotels and Resorts said wedding bookings have picked up in metro destinations over the past year while Hyatt Hotels and Resorts is witnessing an incremental rise in such reservations for its Mumbai and Goa properties.
“Multiple states have benefitted from the GST moves as taxes levied were much higher previously. Now they are all at 18%,” said an industry insider who did not want to be named.

Luxury chain Marriott International, which launched a wedding-focused programme for Indian customers called Shaadi by Marriott last year, said the business is growing, thanks also to the currency swap of November last year that hit other sectors.
“For us the pace is up year on year. We saw demonetisation proving an incentive to the business as it brought the business into the structured hotels ambit,” said Neeraj Govil, area vice president, South Asia. “We have made considerable investments in the space as it also impacts the outbound business. We launched our new properties like the Jaisalmer Marriott Resort and Spa and JW Marriott Kolkata, which are well equipped for weddings. We are launching JW Marriott in Jaipur this month, which will be another addition to the popular wedding destination of Rajasthan.”

ALeela spokesperson said group hotels in metro cities including Delhi, Bengaluru and Chennai were seeing a significant upturn. Besides that, “our resort properties in Goa, Kovalam and Udaipur continue to be popular for destination weddings,” the person said.

DEMONETISATION IMPACT
Hotel industry executives said demonetisation persuaded high net worth individuals to move away from big ‘farmhouse’ weddings to hotels this year, since payments could more easily be accounted for and made through cheque or digital transfer.
On average, a five-star wedding costs upwards of Rs 25-30 lakh depending on the number of guests, decor, food and beverage menu and other arrangements, experts said. Destination weddings are more expensive.

“The focus is on quality now instead of quantity,” said Nidhi Verma, a spokesperson for the Leela Ambience hotel in Gurugram. “Wedding bookings have definitely picked up this year. People have moved away from farmhouses and the GST rates have provided an extra fillip. Rates in Gurugram hotels for weddings were hovering around 30%. Now they are at 18%.”
source:https://economictimes.indiatimes.com/industry/services/hotels-/-restaurants/five-star-weddings-get-gst-blessings-big-boost-for-banqueting-in-upcoming-shaadi-season/articleshow/61500199.cms