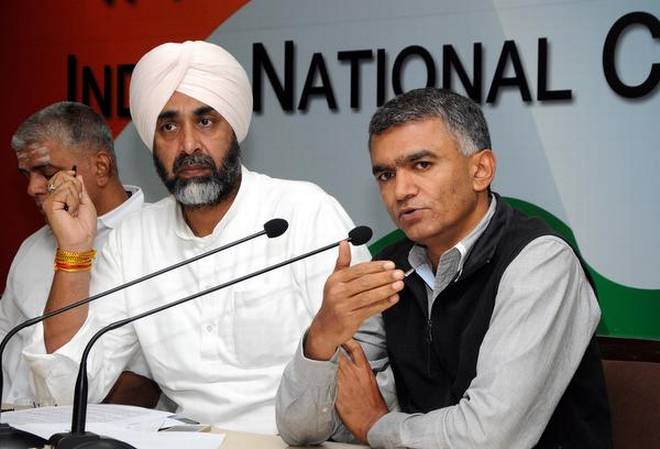 Ahead of the GST Council meet on November 10 in Guwahati, the Congress said on Monday that the newly-adopted tax regime needs a “major overhaul to get out of the current mess.”

“Right now, a tax payer is required to file 37 returns a month and if he has business in every State then he has to file 1332 returns a year,”said Mr. Badal. The Congress would press for simplification of the procedure.

Mr. Gowda claimed it was because of Congress pressure in the GST Council that small and medium enterprises (SMEs) with an annual turnover of ₹1.5 crore had been allowed to file returns quarterly instead of monthly. “We are trying to see if this ceiling could be increased for slightly bigger businesses. Our leadership has also asked to look beyond quarterly filing, but right now three month filing is fine as States need revenue,” said Mr. Gowda.

The Karnataka Minister said though they had raised questions about IT preparedness of the online tax filing system before the July 1 rollout, the government gave the impression that the system was fully geared to handle GST. However, he said, lakhs of traders were facing severe hardship in terms of working capital shortage as their input tax credits were stalled.

The Punjab Finance Minister pointed out that even though GST was prevalent in 160 countries across the world, India’s tax slab of 28 per cent was the highest. “I am from Punjab and can give you an example of a product in our State. Almost all sewing machines that are made in Punjab attract a 12 per cent GST. But the rate for its spare parts is 18 per cent and the crank shaft that really runs the machine is taxed at 28 per cent,” he said.

The Congress claimed the Centre was now changing the narrative and was becoming open to suggestions because of the Gujarat elections where GST is a major plank for the Opposition to target the BJP. “From a position that not a comma will be changed, there is a change in attitude,” said Mr. Badal.