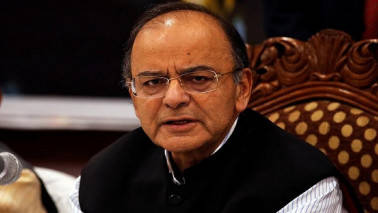 New Delhi: The Goods and Services Tax (GST) Council is set to further amend tax rules to fix glitches in the new indirect tax system and make it easier for businesses and traders to settle into it.

The move comes as a tacit admission by the authorities of the flaws in the system that have made it hard for businesses and traders to make a smooth transition, and that the system started off with high compliance requirements.

The original GST structure, designed as a sophisticated IT-driven tax regime meant to increase transparency and compliance, is now being re-calibrated to make it easier for taxpayers to adapt to it.

“Easing the pain of traders and businesses, especially the small and medium enterprises (SMEs), is a priority,” said an official of the Council, who spoke on the condition of anonymity.

Times of India reported on Wednesday that a committee of government officials has started a review of GST laws, signalling there is no reluctance to make the regime smoother for businesses, especially small ones. The committee headed by Vinod Kumar, GST chief commissioner for Karnataka, is looking at the entire gamut of issues, the Times of India report said, quoting sources.

Reworking the compliance requirements coupled with tax rate revisions, especially by reducing the number of items in the top slab of 28%, is expected to make doing business easier as well as reduce the tax burden on consumers.

At the forthcoming meeting of the Council on 10 November in Guwahati, Union and state finance ministers are expected to clear proposals from a ministerial panel for tax rate cuts on restaurants and for further liberalization of the composition scheme meant for small and medium enterprises (SMEs), traders and small eateries.

Finance minister Arun Jaitley said on Tuesday that some of the items on the highest GST slab of 28% should really not have been in that slab. The minister explained that items which were earlier subjected to an effective tax burden of over 30% were kept in the 28% slab to make the new tax rates comparable to the old ones and to make sure the transition to GST was revenue neutral for the exchequer.

“In each of the last three-four meetings (of the Council), about 20-30 items were brought down from the 28% slab to the 18% slab. The whole idea is that as your revenue collection neturalises, we must prune it (the list of items in the top slab). That has been the pattern of the Council’s functioning. I see it as a future guide as well, as far as the Council is concerned,” Jaitley said at the India Today Conclave Next 2017 in the capital.

Experts said the forthcoming GST Council meeting will be important as businesses expect rate reductions on several products and simplification of several processes. “Many of the procedural issues faced by businesses including the periodicity of returns for various businesses, return filing processes and transition issues are expected to be discussed in the meeting,“ said M.S. Mani, partner, Deloitte India.