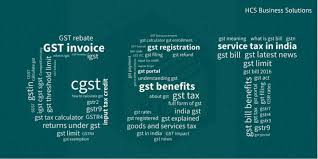 Tax rates of 150-200 items are likely to be cut from 28 percent, with the GST Council set to approve sweeping changes including simpler procedures, a single return filing form for small firms and several changes to make composition scheme more attractive.

The GST Council—the apex body for decision making headed by finance minister Arun Jaitley— today in its 23rd meeting in Guwahati may also decide to do away with the distinction between air-conditioned (AC) and non-air conditioned restaurants (not under composition scheme) and tax them at 12 percent.

The reduction in rates will be a significant step towards simplification of the Goods and Service Tax (GST) to support the trader community ahead of the election in Gujarat that will be held in two phases—December 4 and 11. Small and Medium-Sized Enterprises (MSMEs) have been hit by the implementation of the new indirect tax system and crucial steps will be taken to mitigate their challenges.

While the Council has till now rationalised rates of over 100 items, a committee of officers from the revenue department will today recommend bringing down rates of daily use items including furniture, geometry boxes, furniture, cocoa products, sanitary wares and shampoo from 28 percent to a lower tax bracket.

GST, billed as the country’s biggest indirect tax overhaul, has consolidated a dozen of state and central duties into one single levy. All goods and services have been fitted into four broad slab structure –5, 12, 18 and 28 percent—along with a cess on luxury and demerit goods such as tobacco, pan masala and aerated drinks.

Meanwhile, in a letter to Jaitley, Punjab Finance Minister Manpreet Singh Badal on Thursday said that ‘GST has been introduced in undue haste causing huge damage both to government revenues and costs to business’.

“Nowhere this appears more evident than in the working of the GSTN where basic preparedness for the much ambitious information technology platform has been abysmal. If not corrected quickly, GST may turn out to be the biggest destroyer of the Indian economy for which successive generation will pay a price beyond redemption,” Badal said.

On Thursday, four leaders from Congress including Badal and Karnataka Agriculture Minsiter Krishna Byre Gowda, among others, called for power petroleum and real estate to be brought under GST.

Since its implementation from July 1, the new indirect tax system has faced criticism owing to the teething troubles including higher rate for daily use items, lack of clarity on return filing, errors in invoice matching, and major technical snags on the information technology portal GST Network (GSTN), among others.

A group of ministers (GoM) headed by Bihar Finance Minister Sushil Modi is expected to present a paper to the Council, proposing crucial changes in the return filing process. To make the return filing process simpler, especially for small taxpayers, the GoM may recommend filing of only the summary return form GSTR3B, and doing away with filing GSTR1, GSTR2 and GSTR3.

GSTR3B is a summary form, which a business is supposed to file for July to December before the 20th of the next month. However, a taxpayer does not have to provide invoice level information in the form.

Another GoM headed by Assam Finance Minister Himanta Biswa Sarma will present its key recommendations pertaining to the composition scheme. The committee has recommended raising the eligibility threshold to Rs 1.5 cr from Rs 1 cr revenue per annum.

Sarma has also recommended that rates under the composition scheme–plan that provides lower tax rate for traders, restaurants and manufacturers–to be reduced.