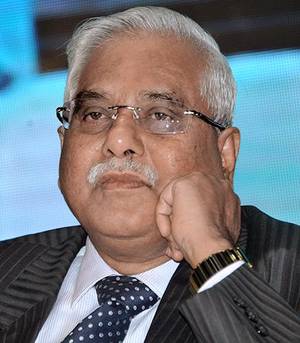 ‘It challenges the validity of the Constitution’

“The uniform tax system under the Goods and Services Tax (GST) is not good for a democratic country such as ours. Tax is a State subject and the Union government should not impinge on its sovereignty as it is against the federal structure as defined by the Constitution.”

This is the opinion of the former judge of the Supreme Court, Justice Venkate Gopala Gowda.

Talking to The Hindu here on Friday, he said, except in matters of Defence, Central forces, and external affairs, the Union government should leave certain subjects, especially the ones such as taxation, to the State.

“As per the federal features of the Constitution, the State is the best judge when it comes to its economic backward areas and communities. In such a scenario, the State will know as to who should be taxed and how much. We cannot impose a uniform tax regime and let the people suffer,” he said.

“People give a mandate to the State government to govern and the policies are framed as per List II and List III of the Seventh Schedule of the Constitution. This should not be surrendered to Parliament, as it is not the mandate of the voters, and it is against the federal feature, which forms the basis of the Constitution,” he affirmed.

According to Mr. Justice Gowda, sales tax is a subject matter under List II and it cannot be surrendered.

“There cannot be double taxation under service tax. This will affect the common man and have a cascading affect on the economy,” he pointed out.

He said that double taxation was not permissible under the IT Act. “GST was passed by Parliament under Article 252. It now needs to be revisited and examined threadbare by Parliament and, most importantly, even the Judiciary should step in as it challenges the validity of the Constitution,” he said.

According to him, GST is hurting the common man. “Why should a person pay service tax both to the Centre and State for food?” he asked.

Mr. Justice Gowda was also critical of demonetisation. “It is blatant violation of Section 26 of the RBI. Where is the report of the Central Board, a statutory body, recommending the implementation of demonetisation?” he questioned.