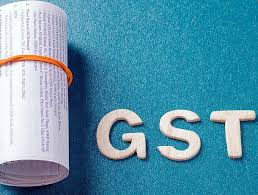 The next rejig of goods and services tax will likely focus on the lower end of the rate slabs, as the country seeks to further streamline the structure by converging multiple rates into two or three. It will happen after the regime settles down and there is more clarity on revenue following the recast last week.
Simplification of laws, rules and procedures in line with industry’s feedback is also likely to top the GST Council’s agenda in the next few meetings.

The rates on some items such as cement and paint, still left at the highest rate of 28%, could be brought down if tax revenue remains robust.

A top official with a state government said the focus would now be to recast the lower 12% and 5% rate slabs.

Other issues to be considered by the council are inclusion of real estate and petroleum products under GST.

The government has set up a group with industry representation to review the tax regime, which has since its July 1 launch been criticised for having too many rates and being burdensome to comply with.

The latest recast, decided at a GST Council meeting in Guwahati last week, has seen the 18% rate emerging as the dominant slab with nearly half the goods, apart from most of the services, now taxed at that rate.

The Guwahati meeting decided to move 178 items to the 18% rate from 28% and cut the GST on eating at restaurants to 5% from Monday, in a decision that would reduce tax revenue by Rs 20,000 crore.
It may have been possible to move some more goods to the 18% slab from 28%, but that would have resulted a bigger revenue loss. Officials said cement and paint alone would have cost the government more than Rs 20,000 crore had the two been moved a slab lower.

“We need revenue as well,” said the state government official.

But eventually, the 28% slab would be left with very few items, mostly in the luxury and sin-goods category.

Other increasingly common-use items that are still in the 28% slab include air conditioners, refrigerators, washing machines, vacuum cleaners and digital cameras. In all, more than 50 items still remain on the 28% list.
source:https://economictimes.indiatimes.com/news/economy/policy/next-step-in-gst-recast-lower-end-of-tax-slabs/articleshow/61620482.cms