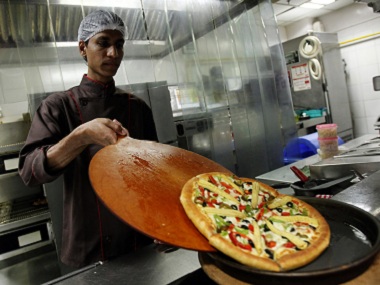 Eating out in hotels and restaurants will become cheaper from today (15 November) with the Goods and Service Tax Council having slashed rates to five percent from 12 and 18 percent earlier. Be it eating in restaurants or ordering takeaways, the tax will be the same, ie, 5 percent. However, there is no formal notification from the government as yet.

A uniform 5 percent tax was prescribed by the council for all restaurants, both air-conditioned and non-AC. Union Finance Minister Arun Jaitley said that the Input Tax Credit (ITC) benefit given to restaurants was meant to be passed on to the customers.

Currently, 12 percent GST on food bill is levied in non-AC restaurants and 18 percent in air-conditioned ones. All these got input tax credit, a facility to set off tax paid on inputs with final tax. The council said the restaurants, however, did not pass on the input tax credit (ITC) to customers and so the ITC facility is being withdrawn and a uniform 5 percent tax is levied on all restaurants without the distinction of AC or non-AC.

“This revision in GST rate for restaurants is positive, as it would bring down the dining-out cost, supporting footfalls and revenues at a time when most organised restaurants are struggling to grow demand,” ICRA Vice President and Sector Head Pavethra Ponniah said.

“As most major inputs for restaurants like grains (not packaged), vegetables, poultry and seafood are exempt from GST, the input credit advantage available for restaurants was negligible,” Ponniah said, adding that restaurants were also not passing on any benefit of input tax credit to the consumer under GST.