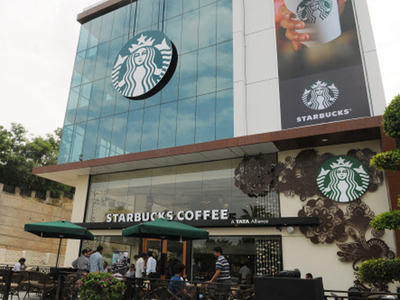 NEW DELHI: Consumers at fast-food chains across the country may not be able to enjoy the full gains of the lower GST rate of 5% that kicked in from Wednesday as many restaurants are raising menu prices, citing the government’s decision to withdraw credit for taxes paid on raw material and rent. Starbucks, McDonald’s and Domino’s Pizza have already hiked the base price, while others like KFC are planning to follow suit by next week.
As a result, the actual gain to the consumer may turn out to be minuscule, although the GST Council decided to reduce the levy from 18% to 5% for all restaurants.
For instance, GST has come down to around Rs 9 from Rs 28 for a cup of coffee at a popular coffee chain. But the company has increased the base price of the product to around Rs 170 from Rs 155. So, in the end the consumer will have to pay only Rs 4 less instead of a possible Rs 20 gain, if the menu price was not increased.
“Following the recent revision in the GST structure, we have ensured savings for our customers on every product and our customer still saves Rs 5-8 on an overall bill,” said a Tata Starbucks spokesperson. “The rollout of the change in GST structure included the elimination of input tax credit, increasing costs for the industry. As a result, we raised our base prices, still providing savings for our customers after tax.”
Jubilant Foodworks spokesperson which operates Domino’s and Dunkin’ Donuts & More too took the same line. “Since denial of Input Tax Credit (ITC) has led to an increase in the input cost, we have adjusted prices of a few items to only partially cover this increased cost,” said a spokesperson.
For instance, at Domino’s, the effective price of Pizza Mania Onion has come down from Rs. 69.62 to Rs.61.95 and that of a Regular Margherita Pizza to Rs.103.95 from Rs. 116.82.

Although the government announced an antiprofiteering body to act against those who do not pass on the benefits to consumers, officials said that it was difficult to invoke the provisions against restaurants, raising prices. “There was a case against them when they did not pass on the benefits to consumers after the launch of Goods and Services Tax (GST) in July, but we did not act against them. Since we do not control prices, it (the hike) is a call that restaurants have to take after factoring in how competition behaves,” a senior officer said.
The official said that the consumer clearly knows the tax that she is paying, which was not the case when input tax credit was available.
SOURCE:https://timesofindia.indiatimes.com/business/india-business/restaurants-hike-prices-after-gst-cut-but-govt-says-it-can-do-little/articleshow/61679965.cms