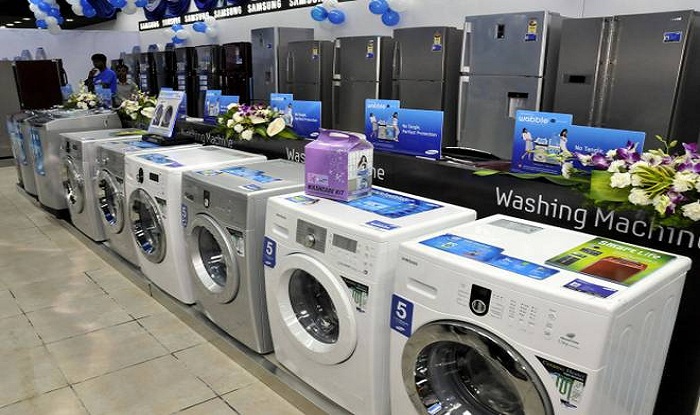 New Delhi, November 20: After slashing tax rate on 178 daily items in the last week, the government is now looking to reduce goods and services tax (GST) on consumer durables like washing machines and refrigerators. The consumer durables currently fall under the 28% slab. According to a report in Economic Times, the main aim of this move is to reduce the daily workload on women and help them utilize their time in other productive work. If white goods are made cheaper, it will benefit women and free them from household chores. Products such as refrigerators, washing machines, clothes dryers, dishwashers, stoves, microwave ovens fall under the category of white goods.

A senior official was quoted by ET saying that the move is expected to help push demand in the sector, amid repeated complaints of a slowdown and excess capacity. The official added that a part of the reason for a lower levy on restaurants was also to free women from household chores, which begin with packing lunch for children in the morning and extend till late at night.
Reports state that products like dishwashers and washing machines have unburdened women to a large extent. M S Mani, a partner at Deloitte India was quoted by ET saying, “All consumer durables, if taxed uniformly at 18%, would give a big fillip to domestic manufacturers as this would also lead to a significant price reduction, leading to increased demand”.
In the last week, as many as 178 items of daily use were shifted from the top tax bracket of 28 per cent to 18 per cent. A uniform 5 per cent tax was prescribed for all restaurants, both air-conditioned and non-AC. Currently, 12 per cent GST on food bill is levied in non-AC restaurants and 18 per cent in air-conditioned ones. All these got input tax credit, a facility to set off tax paid on inputs with final tax.