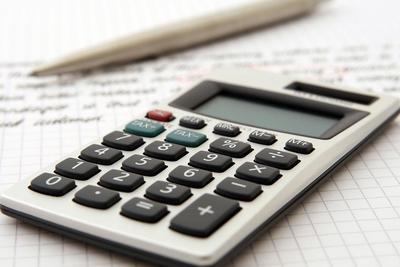 The GST Council is likely to cut the tax rate on electronic items such as washing machine, refrigerator and air conditioner, which are in the top 28 per cent slot, in the next round of rationalisation.

Last week, the Council overhauled the new tax regime, reducing the 28 per cent tax levied on 178 items to 18 per cent or lesser. Most important of them all, the Council decided to slash the GST rate on AC and non-AC restaurants to 5 percent from the current 18 per cent slab. The new rates have been effective since November 15.

According to The Times of India, a fresh round of rate cuts is likely as the GST Council, chaired by Finance Minister, hinted that only luxury or sin goods are going to stay in the top slot. The move will be a big relief for consumers who might have felt the pinch.

What may become cheaper

GST Council may reduce tax on consumer durable goods such as washing machines and refrigerators and home appliances from the current 28 per cent to 18 per cent. Globally, products such as dish washers and washing machines are seen to be items that have unburdened women, leaving them with more time for themselves or other productive work. Besides, products such as dish washers are largely imported into India and lower local levies through GST may also provide an incentive to companies to manufacture them in India, instead of shipping them from South Korea and other countries. Several white goods are already in the 12 per cent and 18 per cent brackets.

Currently, the GST regime slots items under four primary tax rate slabs — a low rate of 5 per cent, standard rates of 12 per cent and 18 per cent, and high rate of 28 per cent. Other than this, gold and jewellery are taxed at a concessional GST rate of 3 per cent, while rough diamonds have a 0.25 per cent levy. The items of daily use have been kept tax-free, that is, either at zero tax rate or completely out of the ambit of tax under GST. Apart from this, an additional cess varying from item-to-item is levied on sin and luxury items — as in case of cigarettes and luxury cars.

GST was launched on July 1. The GST Council has met every month to review tax rates and make recommendations to the Centre and the states.

On Sunday, Byre Gowda, Karnataka minister, said that the Centre should lower taxes on over 100 items of mass consumption such as upma, besides bringing petro products under the new tax regime.

Gowda represents the state in the GST Council.

The Centre is now more “receptive” to the concerns raised by states and the public ahead of the assembly poll in Gujarat, he said, cautioning that the short-cuts being used to implement GST could cause permanent damage.

Gowda said: “We need to protect the common man. We cannot ignore them just because they don’t have voice to raise their concern. We have requested them to relook at taxes on mass consumption items.”