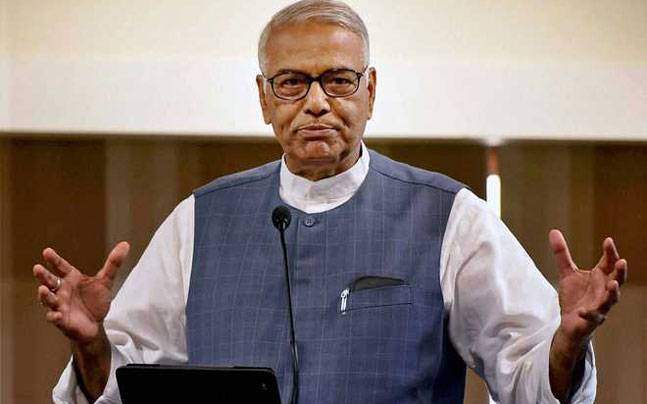 Without mincing words, senior BJP leader Yashwant Sinha today said the implementation of the Goods and Services Tax in India was a “textbook example” of how it should not be introduced.

“The GST is the best indirect tax regime globally and there is no doubt about it and that is why it is adopted in most of the countries. But the way GST was implemented in India is a textbook example of how the tax reform should not be implemented anywhere,” he said.

“It should be a case study at Harvard and other universities,” the former finance minister said.

Sinha, who has targeted the Narendra Modi government on many occasions in the past, had been invited to deliver a lecture on the GST and demonetisation by a city-based organisation.

Sinha said the government is bringing some changes in the GST slabs, but these are “ad-hoc” measures. “All these ad-hoc measures are not enough,” he said.

The government should urgently rope in economist Vijay Kelkar, the original architect of the GST in India, and make positive reforms in the GST to steer the economy out of trouble, Sinha said.

He said multiple tax slabs had resulted in “lobbying” for lower rates.

On demonetisation, Sinha said no rich people suffered hardship and it was the poor who stood in the queue and lost their lives.

“Factors like non-performing assets of banks and stalled projects are still making adverse impact on the economy,” he said.

International prices of crude oil dropped in a big way since the present government came to power, but common people did not get its benefit, Sinha said.

Democracy in India is very deep-rooted. “If (Robert) Mugabe has to go, nobody is secure. The roots of democracy in India are so deep that no one can move them and if someone attempts to do so, he will be destroyed,” he said.