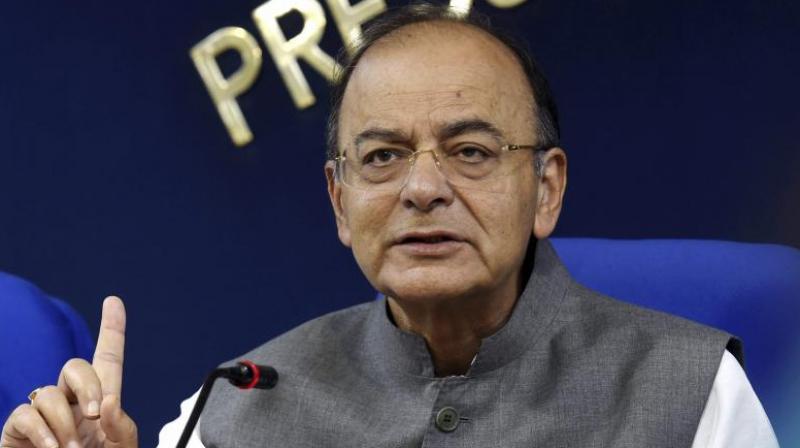 He further said that the two structural reforms — GST and demonetisation — will benefit the economy in the medium and long-term.

“GST has made doing business and trade very easy. The market size for every trader has grown. Now whole country is his market,” Mr. Jaitley said while responding to questions regarding the second quarter economic growth estimates.

Reversing a five-quarter slide in Gross Domestic Product (GDP) growth, the economy bounced back from a three-year low to expand by 6.3 per cent in July-September as the manufacturing sector revived up and businesses adjusted to the new GST tax regime.

The economic growth rate had slipped to three-year low of 5.7 per cent in the first quarter of 2017-18 financial year.

The GST, Mr. Jaitley said, has also reduced the compliance burden on traders, as under the new regime a trader is not required to file multiple tax returns.

The tax rates too are being rationalised and a trader will no more be required to confront inspectors, he added.

Mr. Jaitley further said that impact of demonetisation of high value currency notes of ₹500 and ₹1000 in November last year was limited to one or two quarters.

The impact of GST was limited to one quarter, mainly because of de-stocking by corporates.

“The GST impact was only for one quarter mainly because of destocking. That was our assessment. The (GDP) figures indicate that. Structural reforms benefit in the medium and long term. Both these steps will benefit the economy,” Mr. Jaitley said.

Mr. Jaitley said the results of Uttar Pradesh civic polls reaffirmed people’s support for the GST, which has made doing He also recalled his party’s unprecedented win in Uttar Pradesh and Uttarakhand assembly polls following the demonetisation decision and noted that it had swept “trading hubs” in UP to underline popular support to note ban.

“Today’s results (in UP) have only reaffirmed it,” he said.

The Congress has used GST glitches and note ban to attack the BJP in Gujarat polls.

“GST has made doing business and trade very easy. The market size for every trader has grown. Now the whole country is his market,” Mr. Jaitley said.

He declined to comment on Congress vice president Rahul Gandhi’s ‘dharam ki dalali’ barb at the BJP. “There is no need to answer to this,” he said.