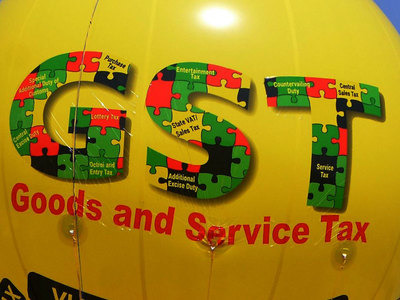 The FTP review, to be unveiled later today, may accord special priority to improving logistics for trade to help bring down the costs, sources told .
One key focus will be boosting employment creation in labour-intensive sectors like textiles and leather while addressing exporters’ concerns on GST-related issues, sources added.

They further said the FTP review may build upon the GST related reforms, with the trade analytics division under the Directorate General of Foreign Trade (DGFT) helping with policy inputs.
Exporters have been voicing concerns about challenges on account of the GST implementation, with some even suggesting that they should be kept out of the ambit of the new indirect tax regime and the drawback refund be expedited as it was blocking their working capital.

The mid-term review was earlier supposed to be released before July 1, when the GST was introduced. However, it was put off as the government wanted to factor in exporters’ feedback regarding the GST.
Entering the negative terrain after more than a year, exports contracted by 1.12 per cent in October, primarily due to liquidity problems faced by exporters following the GST rollout.

The five-year FTP was announced on April 1, 2015, and set an ambitious target of India’s goods and services exports touching USD 900 billion by 2020. It also aimed at increasing India’s share of world exports to 3.5 per cent, from 2 per cent.