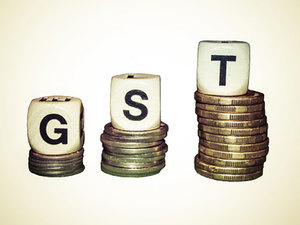 The goods and services tax (GST) has reduced the cost of Delhi Metro’s Phase-IV project by more than Rs2,500 crore, but the deadline for the new 104km network was delayed by a year because of lack of consensus between the Centre and Delhi government.

The additional six new lines to boost connectivity on the city’s outskirts, the airport and south Delhi was estimated to cost Rs55,208 crore, according to the detailed project report (DPR) drafted in 2014.

A revised report submitted to the Delhi government this May put the cost at Rs52,625 crore, after accounting for GST rates that the finance ministry had given to Delhi Metro before the new taxation system was rolled out in July. But the post-GST funding pattern has affected the deadline for completion of the project as it has to be sent to the Delhi cabinet again for approval.

The delay prompted Metro authorities to postpone the commissioning of the project to March 31, 2023. The previous target was March 31, 2022.

Documents accessed by HT indicate the Delhi government’s share has increased by 11.14% after the project’s estimate was revised. It was to pay Rs11,334 crore, but will have to shell out Rs12,597 crore now.

“The Delhi government had already approved Phase-IV in January, but GST happened and the entire funding pattern had to be relooked. I am yet to get the revised estimates,” said Delhi transport minister Kailash Gahlot.

A letter by Delhi Metro chief Mangu Singh this September to the city’s transport commissioner explains the increase in Delhi’s share of the cost. He wrote the ministry of housing and urban affairs “has desired that sharing of taxes in new regime (GST) should be agreed by GNCTD in the ratio of 1:2 between GOI and GNCTD respectively.”

GNCTD stands for government of national capital territory of Delhi.

Metro authorities can begin work only after approval from the Aam Aadmi Party government in Delhi and the Centre.

Delhi Metro refused to divulge details, saying the new estimate was based on a fresh study of the project in a GST environment.

“Since Phase-IV has not yet been approved, we would not like to comment on its costs or funding pattern,” a Metro spokesperson said.

Besides GST, a revised cost escalation rate from 7.5% to 5% also reflected in the reduced budget for the project, according to sources.

The project is expected to add 850,000 riders each day to the network. The new lines IV are Rithala-Narela, Inderlok-Indraprastha, Tughlakabad-Aerocity, Lajpat Nagar-Saket G Block, Janakpuri (West)-RK Ashram and Mukundpur-Maujpur.