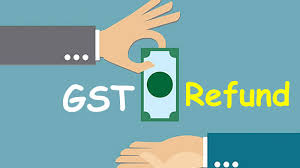 The Finance Ministry has debunked the perception that the country’s export sector is facing a serious working capital crunch after the introduction of Goods and Services Tax (GST) in July 2017 resulted in delays in tax and input credit refunds.
Contradicting various estimates that put astronomic figures as the cumulative refund amount pending with the government (as high as Rs 50,000 crore), the ministry claims that that the pending refunds under various GST related heads could be around Rs 3,000 crore, not more.
The ministry clarification came on occasion of the release of the Mid-term review of India’s foreign trade policy 2015-20 in Delhi on 5, December.
Addressing the representatives of the export community, Finance Secretary Hasmukh Adhia attributed the delay to the errors in the refund claim submissions of the exporters under the new tax regime. Adhia emphasized that the government has been very sensitive towards exporters. He highlighted the decision of the GST Council in October 2017 to approve an export package to resolve the problem of blockage of working capital. The council had temporarily restored all the pre-GST benefits availed by the exporters under the export promotion schemes of duty free imports under Advanced Authorisation, Export Promotion Capital Goods and 100 per cent Export Oriented Units to resolve the problem of blocked working capital for exporters following the roll out of GST.
Adhia also stated that ITC (input tax credit) and IGST (Integrated GST) refunds for exporters are being expedited.
Earlier, in a presentation, the Central Board of Excise and Customs (CEBC) informed that the ministry has processed refund claims of almost Rs 451 crores out of a pending amount of Rs 551 crores. It was also pointed out that the government has so far received around 10,000 claims involving around 1,900 crore on ITC front.
According to Adhia GST is a game changing tax, and the only ones who oppose it are those who are not comfortable with the new rules of the game, which makes tax evasion difficult.
Here is the essence of finance secretary’s tips for timely refund:
Exporters should ensure that there is no discrepancy in the information furnished in Table 6A of GSTR 1 (invoice number, date, port code, shipping bill number, invoice value, amount of GST payment etc) and the Shipping Bill.
Information has been made available to exporters on the ICEGATE portal if they are registered, they may also contact jurisdictional Customs authorities to check the errors they have committed in furnishing information in GST returns and Shipping Bill, and rectify them at the earliest.
For the refund of the unutilized Input Tax Credit on inputs or input services used in making exports, file an application in FORM GST RFD- 01A ( a temporary form to process refund requests in the automatic cum manual format) on the Common Portal where the amount claimed as refund shall get debited from the Electronic Credit Ledger of the exporter to the extent of the claim.
Thereafter, a proof of debit (ARN- Acknowledgement Receipt Number) shall be generated on the GSTN portal, which is to be mentioned on the print-out of the FORM GST RFD-01A and to be submitted manually to the jurisdictional officer.
In spite of the assurances given by the finance secretary, not all exporters are impressed.
“Our experience has not been as smooth as finance secretary want us to believe”, an exporter who was present at the release function said.