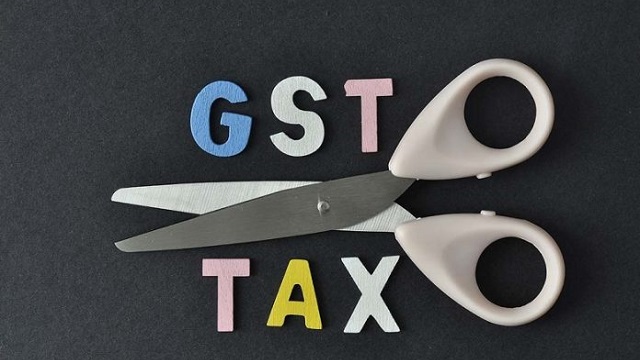 The Chief Statistician of India on the economy, the meaning of the new series of GDP data, and the need to wait for the impact of demonetisation to unfold

T.C.A. Anant is the Chief Statistician of India, and Secretary, Ministry of Statistics and Programme Implementation. He has been in charge of several notable changes in the way economic data has been recently presented, including the new GDP and Gross Value Added data series, and the rebased Wholesale Price Index, updated to incorporate more recent items and methods. In this interview, he speaks of capturing data and the effects of demonetisation. Excerpts:

What has been the impact of restocking on the growth of the manufacturing sector in Q2?

What is our data for restocking or inventory? There are two things. Let me go back a little to the period just before the GST was launched and the Q1 estimates. There was a lot of colloquial evidence that suggested that firms were clearing inventory because of the issues involved with the tax treatment of goods produced prior to the GST rollout and selling products manufactured pre-GST in the post-GST regime. The only statistical evidence that is available — because we don’t really get data on inventories in any detail at this stage — is in the company filings which were made available for Q1. There, the change in stock figures was sharply negative.

In manufacturing companies, the change in stocks figure is negative for Q2 as well. The way I am interpreting the number is that it is suggesting that closing stocks at the end of Q1 were not significantly larger than the opening stocks at the beginning of Q1. How does one explain this? Very likely, most companies draw down their inventories during the festive season and maintain an inventory balance in the slack season, partly to smooth production out.

My reasoning is that this time, because of GST, they would have postponed the production to Q2. So it is very likely that Q2 production was principally meant for sales in the festive season. Whatever inventory accumulation or restoration is going to happen will happen only after the festive season sales are accounted for.

At this point, this is indicative. So, a lot of the statements that have been made saying that this growth bump is because of restocking are essentially trying to undermine the boost that would ordinarily happen on account of production for the festive season. This time, that production has been compressed into a single quarter, so the boost was in fact larger. The restocking boost will probably happen later, which means the attempt to say this is just a one-off is not looking at the data.

What more can be done to capture data of the informal sector?

The informal sector is defined as that part of the economy where the establishment does not maintain regular accounts. It is informal because it is not subject to most of the traditional ways in which you can capture data. GST will certainly capture a lot more monthly data. And we are looking at the GST forms very closely. We had earlier started an exercise with the CBEC [Central Board of Excise and Customs], but that coverage was much less. We are now looking at the same exercise with GST to see if GST reporting can be used to compile a more up-to-date monthly or quarterly index. Formally, if you look at the GST form, every producer of a good or service makes his payment and also gives some details about the production which is subject to tax. From that, you can draw conclusions. We should be able to do this sooner rather than later.

But, even with GST, you are not going to get the informal sector in that sense because the entities who will be filing this regular monthly return will be the larger companies, not the informal sector. We will get fairly quick disaggregated data for the larger entities from the GST database. Insofar as the smaller companies are concerned, some things will be possible with the data from the composition scheme data, but it won’t be as granular as you get in the non-composition scheme GST data. But for the informal sector, the principle source of data is through establishment surveys. Regular establishment surveys, as recommended by the taskforce under [Arvind] Panagariya, will help here.

So, GST opens up more data for policymaking?

GST opens up a lot. In addition to aggregates, you will also get data on inter-State transactions which was previously not available. This will give us a much better picture of a spatial spread of economic activity. We assume at the moment that when manufacturing has picked up, it has picked up uniformly all over India. That is really an assumption, because we don’t know what has happened. What GST will allow us to do is get a spatial perspective on this. And our understanding from other areas, wherever we have good spatial data, is that here are spatial divergences in India. You may well find that the pickup has taken place in X band of States and not in Y band. That sort of information will be very useful to the policy establishment when they start looking at GST data more closely.

With more than three quarters worth of data, can you now estimate the effect of demonetisation?

There were as many colloquial stories of relationship credit taking over. Some media people cited stories of people saying their paanwaala was willing to extend them credit because he was unable to encash a ₹2,000 note. If you put the possibility of cash being substituted with relationship credit, the logical assumption would be that the impact would be less than what people are making it out to be.

My assessment is that the demonetisation effect has been overblown insofar as the negative effect is concerned on account of neglect of this channel of credit. Further, the demonetisation story is more complicated than just the cash change story. There is a larger narrative hidden behind it in trying to promote digital transactions. What those impacts are going to be, we are still trying to see. What you do see is that the trajectory of digital transactions has changed. There is a bump up which you got in digitalisation, which you would not have got but for this. That has sustained. And that is a good 8-10% increase.

Since the release of the new series of GDP data, the government has received criticism regarding the back series of the data sets using the new computation methods. By when can we expect this to be released?

Eventually, you will get it, but as you add more years with MCA data, your ability to compare the listed companies to the unlisted companies improves and therefore your ability to project backwards will improve. This is not a case of reworking the data merely to compile. Had the data existed, there would not be an issue. The difference between this revision and many of the previous revisions is that we have taken on board new data sources for which analogues don’t exist in the past.

A lot of the older revisions, the quantum of the data available, did not change very dramatically. This is a problem which we are going to face again in the future as we get new data sources coming in. GST is going to give us a database about the economy which is qualitatively very different from anything we had in the past. It will give us, for example, a transactional relationship across the country which we did not have earlier. We will be able to build it into our GDP compilations and improve its quality enormously. But for somebody who asks for a back series on this methodology, the answer is not going to be easy.

This is something that it is important to recognise. When you modernise a statistical system and bring in new ways of capturing data which did not exist in the past, not simply updates of the old data, the problem of backward projection is much more difficult. This is something that time-series economists will have to live with.

How worried should one be about the Centre’s fiscal deficit numbers?

A lot of people have picked on the CGA report saying that the fiscal deficit is 96% of the total. They have, as usual, jumped to all sorts of conclusions which in my judgment are wrong. This is something you should have expected. Why? What did the government do this year? It preponed the Budget calendar to allow government expenditure to start from April 1. There is enough evidence to suggest that that did happen. The Q1 government expenditure compared to last year was much better.

Therefore you would expect that by the end of Q2, the average government expenditure level would be higher than what it was last year. Many expenditure management committees have pointed out that the earlier tendency of delayed bunching expenditure in the last quarter is very bad for both the quality of expenditure and fiscal management.

There were a number of recommendations about how the government should better manage its expenditure so as to minimise the amount of expenditure that takes place in the last quarter and last month.

The question is, will the government meet its revenue targets. Nobody has made any analysis so far to suggest that it won’t.