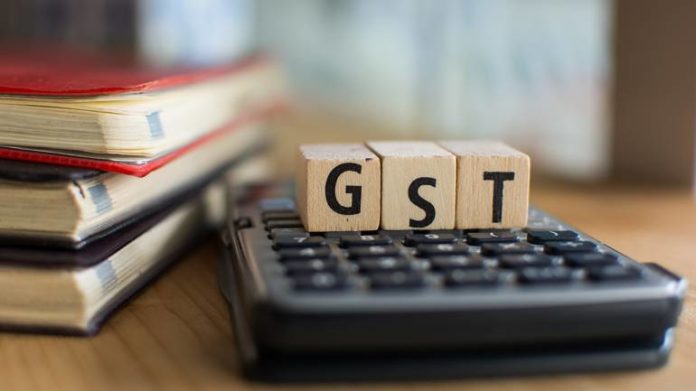 Goods & Services Tax Act is currently at its worst. The government enacted it with much fanfare. Within few months, Union Revenue Secretary, Hasmukh Adia said that the law needs a complete overhaul. So embarrassed was the Government at this statement that Press Trust of India, a Govt. controlled news agency changed the words ‘need complete overhauling’ by “need some rejigging”.
Sensing the mood of voters in soon to be held elections in Gujarat, the Union Government initiated a fire fighting exercise first by reducing GST rates on few Gujarat specific items. It later reduced rates on around 200 items across board from 28% to 18%.

But the problem with GST is not about higher rates of taxes only. There are structural shortcomings in the Act which make it unimplementable at times. Some obnoxious provisions contained in the Act, as listed below strike at the root of Govt’s oft-repeated claim of ‘Ease of doing business’.

By far the concept of reverse tax introduced in this act is the most regressive concept of taxation. Reverse charge means paying tax on behalf of other person & then claiming a refund. So if you procure goods or services from an unregistered dealer, then you are liable to pay his tax and then claim it as refund in the form of input tax credit in your own return. It is you who is required to prepare invoice and upload it in the system. GST is to be paid in cash and then its input tax credit can be availed.
This will increase compliance costs tremendously as taxable person is required to classify of these supplies and prepare invoices. Facing stiff opposition from business community, this provision has been kept in abeyance till 31st March 2018.

Payment of gst on advances received
It is a normal & usual practice to receive advance from intending customers. However, GST is payable when advances is received even if supply of goods and services is to be made at a later date. For instance if a prospective buyer pays the supplier an advance of Rs. 1,00,000/- for goods to be supplied in future and such goods attract a tax rate of 18%, then on receipt of advance, the seller has to pay GST of Rs. 15,254/-. In effect, the buyer is supposed to have paid only an advance of Rs.84,746/-. So far so good. But many difficulties will arise, if the intending buyer cancels the order and wants his advance back. Now will the supplier pay back only Rs. 84,746/- or full Rs. One lac? Since input tax credit is not available on this payment of GST on advance, both the supplier & intending buyer will be left fighting with each other, throwing the business out of gear .

Reversal of input tax credit if payment not made to supplier within 180 days
Selling goods on credit has received a great set back due to GST. In case of such sales, if payment of bill and tax thereon is not received within 180 days, input tax credit is required to be reversed, with interest.
It seems that the intention is to avoid bogus transfers of input tax credit e.g., if a person has excess input tax credit, he can pass on this credit to others. However, the remedy thought of seems to be worse than disease as many genuine transactions will get affected. No attention has been paid to those segments of trade where credit period policy is more than six months. It is also not clear as to why government is acting as recovery agent of suppliers.

GST on fringe benefits to employees
Fringe benefit tax introduced through Income Tax Act and later repealed has made a back door entry through GST. Employer and employee have been defined as “related persons”. Hence, fringe benefits provided to employees will be subject to GST. This provision is going to lead to tremendous litigation and heavy compliance costs.

Composition scheme only if all purchases are from registered persons
Composition scheme is available to small taxable persons whose turnover doesn’t exceed Rs. 150 lacs provided all their purchases are from registered persons. Otherwise, they have to pay GST on purchases. Being small traders, it severely effects their purchase market and the ability to obtain goods on competitive rates. Besides, even while enjoying the scheme, they are liable to pay GST even in case of exempted goods. This is bizarre to say the least.

Post supply discounts and price reductions not eligible for deduction from value
Post supply negotiations resulting in trade discounts and price reductions is a very common business practice. However, if such post supply discounts were not anticipated and considered at the time of supply, it is not allowed to be deducted from value. This provision completely ignores ground realities of business transactions. Rather than considering it as a fair trade practice the above provision treats the taxpayer as not trust worthy and out to cheat the government.
As if the above irony was not enough, the government has put a time frame on the payment period i.e. If payment is not made to supplier within 180 days, input tax credit has to be reversed with interest. It is pertinent to note that the government has already received full amount of tax.

CGST/SGST paid when IGST was payable and vice versa.
GST is categorized into CGST, SGST or IGST depending on whether the transaction is Intra-State or Inter-State. Interpretation of “place of supply” and “fixed establishment” is critical in determining whether IGST is payable or SGST/CGST is payable.
A taxable person who has paid CGST/SGST on a transaction considered by him to be an intra-state supply, but which is subsequently held to be an inter-state supply, shall be granted refund of CGST/SGST (in CGST Act). This means that he will have to pay IGST and then claim refund of SGST/CGST paid. There is parallel provision in IGST law also.
In a well-conceived statute, rather than asking taxable person to pay ISGT (or CGST and SGST) and then claim refund of SGST and CGST paid (or IGST paid, as applicable) there should ideally be an adjustment mechanism between Centre and state. Even assuming there are some difficulties in adjusting SGST with IGST and vice versa, there should be no difficulty in adjusting CGST and IGST as both are paid to Central Government only.
To add to the misery of taxpayer, if the recipient of goods or services has availed input tax credit, refund will not be admissible.

Accounting Challenges:
GST law implemented by the government is the most complex in the world. Many provisions in GST law will pose serious accounting challenges particularly those relating to invoice and debit/credit note matching, reverse charge on receipts from unregistered persons, payment of GST on advance received, reversal of input tax credit if payment is not made within 180 days etc.
It is a no-brainer that businesses will have to upgrade their accounting procedures, staff and systems to meet the above mentioned challenges. This would substantially shoot up the operating costs of businesses but failure to do so would make compliance with GST law impossible.