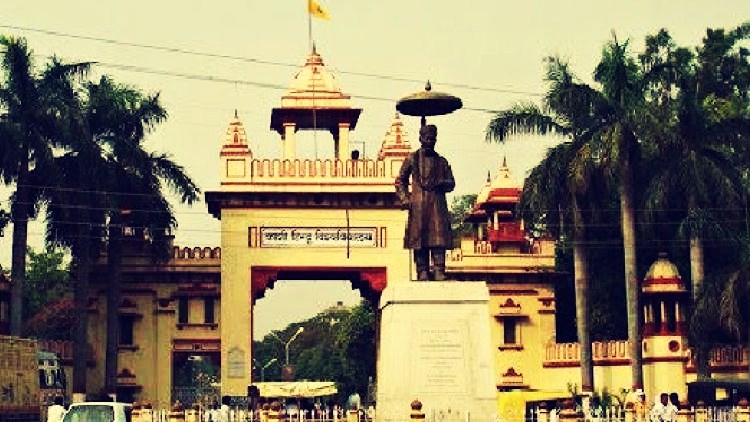 New Delhi: Here is a sample of questions put to Banaras Hindu University’s political science postgraduate students in their examination: What was the nature of the Goods and Services Tax in Kautilya’s Arthashastra? the students were asked in their first semester exam on Monday.

As part of their ‘Social and Political Thought of Ancient and Medieval India’ examination paper, students were asked to choose between writing “an essay on the nature of GST in Kautilya’s Arthashastra” and “Manu is the first Indian thinker of globalisation. Discuss.” Each of the questions carried 15 marks. The students said though the topics were not part of their course, they could not raise the matter with the teachers, fearing they will be targeted for the rest of the year, reported the Indian Express.

Kaushal Kishore Mishra, the professor who had set the question paper said the reason behind setting these questions was to interpret the philosophies of the “two thinkers” by using current examples like GST and globalisation.

“Kautilya’s Arthashastra is the first Indian book which hints at the current concept of GST. The concept of GST primarily says that consumer gains the most. The meaning of GST suggests that the country’s finances and economy be unified and uniform. Kautilya is one such thinker who propounded national economic integration – ekikaran – in fact, Kautilya had specified in his time that taxes on house construction be 20%, gold and other metals 20%, border tax 20%, gardens 5% singers, dancers and artistes 50%,” Mishra told the Indian Express.

Mishra told his students that Manu was the first thinker to introduce globalisation and that even Nietzsche had lauded Manu’s economic, political and religious principles. “Manu’s thoughts spread the world over, and were adopted by countries. Evidence of Manu’s teachings on religion, language and politics is found in China, Philippines, New Zealand. In New Zealand, the word for ‘manav’ or man has been borrowed from Manu.”

Admitting he was an RSS member, Mishra said what he taught his students neither reflected his personal beliefs nor those of any political party. “Students who are making a hue and cry over this were underprepared for the exam, that is why they are creating a fuss,” he said.

A BHU professor who did not wish to be named, told the Hindu, “This is not part of what we teach here. Yes, Kautilya and Manu were influential thinkers of their times, but I doubt there was anything called GST or globalisation back then.”

R.P. Singh, head of the political science department, denied that the questions were outside the syllabus. However he maintained, “It is the prerogative of the teacher to set the paper according to his area of specialisation. No teacher sets a paper out of his area of expertise and what he has taught,” reported the Indian Express.