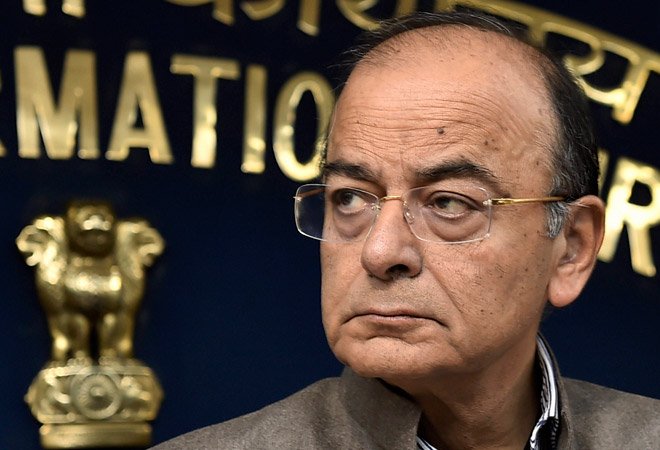 The Central government may not be able to tweak the newly introduced Goods and Services Tax (GST) rules on its own, but issues related to the pan-India indirect tax system remains a key talking point in all the pre-Budget recommendations that are reaching Finance Minister Arun Jaitley from stakeholders across industry and business segments.
Apex industry bodies such as Confederation of Indian Industry (CII), Federation of Indian Chambers of Commerce and Industry (FICCI), Federation of Indian Exports Organisation (FIEO), Federation of Indian Micro and Small & Medium Enterprises (FISME), and others have all flagged their GST concerns in the pre-Budget consultations Jaitley has had with them in the past few days.
While CII and FICCI both called for rationalization of GST rates to make the regime smoother, exporters highlighted the issues related with the refund of taxes and extension of duty draw back system for GST for a year. GST levied on freight for carrying fruits and vegetables was another matter that got flagged.
In addition to GST concerns, there was near consensus in the demand for board, tax rate cuts for businesses and individuals. Industry representatives stated that such a move will spur domestic investment and demand, and retain India’s overall competitive environment globally.
While the government has been listening to the plea from the stakeholders, its priorities for the Union Budget 2018-19 is almost clear. Infrastructure, social sector programmes and agriculture will be the three focus areas, as the country will be facing general elections in 2019 and all three remain highly politically sensitive sectors.
On agriculture, the setting-up of a GST-Council-like Empowered Group of State Agricultural Ministers to implement Agricultural Reforms has been proposed.
In fact, Jaitley has agreed to the demands of the social sectors stakeholder organizations demand that Administrative Ministries should release welfare scheme funds on priority to beneficiaries. Assuring his government’s commitment to ensure cost effective fund utilization of the welfare schemes spanning the various social sector ministries, the Finance Minister is known to have welcomed the suggestions for greater allocation of funds for child protection schemes and nutrition security. Targeted benchmarks to improve quality of government schools, healthcare for the elderly and incentives to ensure better employment conditions for working mothers, streamlining the vocational training to boost employment, addressing labour issues in the informal sector are all under consideration.
On infrastructure, Jaitley wanted more private investments to come in. The Finance Minister said that private investment along with public and foreign investment are the key to boost growth and create job opportunities. He also said that the government has taken various steps like the setting up of National Investment and Infrastructure Fund (NIIF) to boost investment in infrastructure sector.
The suggestions that came from business leaders and the representatives of different industry chambers included permitting the purchase of Banks’ Recapitalization Bonds by the Institutes and the public at large, reducing Government stakes in Public Sector Banks(PSBs), allowing banks to securitize their loans and sell the same and setting-up of Land Bank Corporation for monetization of Government lands including the land belonging to Army, Railways and Public Authorities.
The highlights of some of the suggestions are:
1. There is a need to consider across the board, tax rate cuts for businesses and individuals in India to spur domestic investment and demand, and to retain India’s overall competitive environment globally.
2. GST has been a landmark reform. Going forward, there is a need for convergence of 3-4 rates and to include all excluded items till date. Efforts should also continue to simplify compliance related to GST. Benefit of filing quarterly return under GST be extended to all rather than limiting to those with a turnover of Rs 1.5 crore.
3. Remove the applicability of GST on Intra-entity transfer of services within the same legal entity.
4. There is a need for clarity on anti-profiteering provisions under GST, specifically related to its applicability at product or entity level, examination at State or Central level, applicability on products/stocks prior to GST, etc.
5. There is a need to exempt levy of Minimum Alternate Tax (MAT) on write back of notional income pursuant to approved plan of IBC.
6. To boost Research and Innovation, there is a need to improvise the Patent Box regime that was introduced in the previous Budget. Government should also restore weighted deduction on Scientific Research Expenditure. Alternatively, provision of Research Tax Credit may be introduced.
7. Consider establishing 2-3 Regulation Free Zones, wherein all regulatory requirements can be relaxed, especially for new-age, high-technology and innovative industries.
8. Government should consider further consolidation and even privatisation of some of the Public Sector Banks (PSBs), having at the most 5-6 large Public Sector Banks.
9. Continue focus on Productive Expenditure (Infrastructure Capex) and if this requires relaxation of fiscal deficit target, it should be considered.