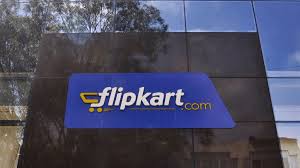 1. GST Network Simplifies Returns Filing Process
The GST Network said it has introduced a functionality which simplifies the returns filing process for taxpayers.

“A new functionality has been introduced on the GST portal for ease of the taxpayers under which questions will be posed as soon as the taxpayer enters the Returns dashboard and only relevant tiles will be displayed to the taxpayers based on the answers to the questions posed,” the GST Network said in a statement.

This has been started first with GSTR-3B returns (initial sales return), it added.

For ‘nil’ GSTR 3B returns, one-click filing has been introduced as no tile will be shown to such taxpayers. Also, a help section has been provided on each page for the convenience of the taxpayer.

(Source: PTI)
2. Govt to Discuss MDR Rate Issue With RBI
The government will hold deliberations with the Reserve Bank to work out a mechanism for bringing down merchant discount rates (MDR) which have increased from 0.25 percent of transaction value to 0.90 percent recently, a finance ministry official said.

According to a senior finance ministry official, the surge in charges would impact Digital India movement so there is a need to look into the issue.

There are around 27-28 crore transactions that are held per month on the Point of Sale (POS) machines with an average size of Rs 1,500.

(Source: PTI)
3. Flipkart Completes Over $100 Mn ESOP Repurchase Programme
E-commerce major Flipkart on Wednesday said it has completed an Employee Stock Options repurchase programme worth over USD 100 million buying back shares from more than 3,000 past and present employees of the group.

“…over 3,000 past and present employees of the Flipkart Group participated in the buyback offer that led to a disbursement of over USD 100 million,” Flipkart said in a statement.

Flipkart said it had started the programme in October, wherein all eligible current and former employees of Flipkart, and group companies Myntra, Jabong and PhonePe were offered to sell to the company a part of their vested ESOP (employee stock ownership plan) units.

“Most of the companies work with US universities to reach out to students and build innovative product and application on emerging technologies. We in partnership with Facebook will take up every new technology to students in India and train them on it,” Start-up Village Collective (SV.CO) Chairman Sanjay Vijayakumar today said.

Under the School of Innovation program, select students will be trained by SV.CO and Facebook.

“Facebook will give students scholarships and there will be no fee charged from them for training,” Vijaykumar said.

(Source: PTI)
5. Tata Steel Board to Meet Next Week to Consider Fund Raising
Tata Steel on Wednesday said its board will meet next week to consider raising of funds by issuing securities.

A meeting of the company’s board will be held on 18-19 December to consider a proposal to raise funds by issue shares or securities, Tata Steel said in a regulatory filing.

The board will consider raising of funds via qualified institutions placement, rights issue, preferential issue or through any other permissible mode, it added.

“The proposal for the issue will be considered by the board on 19 December,” it said.

(Source: PTI)
6. Bitcoin’s 8.7% Decline Pales in Comparison to Record Run
Bitcoin slumped by as much as $1,495 after a record-breaking few days that saw the digital currency move closer to the mainstream through the introduction of futures.

The price of the largest cryptocurrency by market value fell 4.9 percent to $16,395 at 2:02 pm in New York, after dropping 8.7 percent, according to prices compiled on Bloomberg. That’s in line with Monday’s gain of 9.6 percent and minor in comparison to last Thursday’s 20 percent surge. Bitcoin is still up about 16-fold this year.

It was undertaken to secure information about transactions, parties involved and bank accounts used as part of the authority’s broader efforts to profile and scrutinise assessees who pose a risk of tax evasion.

Income-tax surveys or visits to the premises of an assessee are meant to gather information or documents such as books of account and, in some cases, to verify cash or other valuables.

“The statutory inspection of the bank with reference to its financial position as on March 31, 2016 revealed, inter alia, violations of various regulations issued by RBI in the assessment of non-performing assets (NPAs) and extension of NFB (non-fund based) facilities,” the central bank said in a press release, as reported by Livemint.

The bank replied to RBI’s notice, which was issued on 10 August. However, after considering the bank’s submission, the RBI came to the conclusion that the charges were substantiated and warranted imposition of a monetary penalty.

(Source: Livemint)
9. Tata Communications To Hive Off Land Assets Into Listed Entity
Tata Communications Ltd finally started the process to hive off more than 700 acres of its surplus land assets into a separate company that will be eventually listed with existing stakeholders, including the Government of India, getting shares.

The board of Tata Communications, the erstwhile Videsh Sanchar Nigam Ltd, approved the scheme of arrangement stalled since 2002, it said in a stock exchange filing today. The new entity, Hemisphere Properties India Ltd, will receive the land earmarked as surplus when the government sold 25 percent stake in Tata Communications in 2002 to Panatone Finvest, Tata Group’s investment arm. The board of Hemisphere Properties also approved the plan, the filing said.