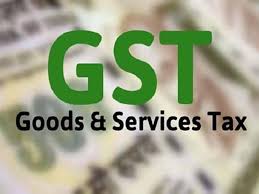 KOLKATA: West Bengal has witnessed a shortfall in goods and services tax (GST) collection in the first four months of the rollout of the new pan-India common tax regime since July 1 this year. A source said the July-October shortfall for Bengal would be to the tune of Rs 2,000 crore.
According to the formula worked out by GST Council, the Centre would compensate states on the difference between the actual realisation under GST and the revenue earned under the erstwhile VAT regime, after considering a 14% increase over 2015-16.
“The shortfall of tax mop-up in West Bengal would be close to 6% of the total shortfall of the combined figure of the states. Nationally, going by the formula, the shortfall becomes a huge 21%,” said state finance minister and GST Council member Amit Mitra on the sidelines of an event in the city.
This is despite the fact that Bengal has recorded a massive new enrolments under SGST (state GST). The enrolment number during VAT regime was 2.70 lakh, out of which 2.45 lakh also enrolled in GST. However, there were close to 2 lakh new enrolments under SGST – almost double the previous figure. “Initially, there was a perception that SGST collection would be more than 14% higher compared to the last fiscal’s figure and it happened in the first two months. Then the decline began,” added an official.