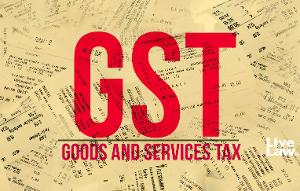 New Delhi [India], Dec 16 (ANI): Amid wavering fuel prices, consumers urged that petrol and diesel be brought under the ambit of the Goods and Services Tax (GST), according to a survey.

In the past few months, the inclusion of petrol and diesel under the GST has been debated time and again. Recently, Bihar Deputy Chief Minister Sushil Modi, who is also a member of the GST Council, had said the aforementioned move is being deliberated upon.

To this regard, a survey was conducted by LocalCircles asking citizens if petrol and diesel should be brought under GST. Out of the 8,488 respondents, 81 percent voted in favour of it while 12 percent voted against it.

Citizens also argued that if implemented, the states could be allowed to add a cess to it to cover up some of their revenue losses and the centre could reimburse them yearly to balance their ledgers.

It is to be noted that states and centre both currently make about 40 percent of their revenue through the sale of petroleum products. If petrol and diesel are bought under the 28 percent slab of the GST, the price of petrol will drop to around Rs. 43 per litre and diesel to around Rs. 48 per litre. (ANI)