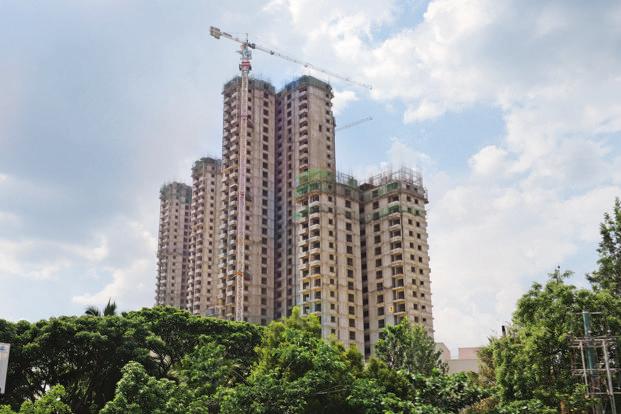 New Delhi: Real estate developers are likely to be the first to face investigations by the new anti-profiteering watchdog for allegedly denying consumers the benefit of reduced tax burden under the goods and services tax (GST) regime that kicked in from 1 July.

A standing committee of officials attached to the recently set up National Anti-profiteering Authority (NAA) has received several complaints of builders not passing on the benefit of lower taxes under the GST regime, some of which will be taken up for investigation if there is prima facie evidence of profiteering, said a person aware of discussions in the authority.

The NAA, chaired by senior bureaucrat B.N. Sharma, will direct the Director General of Safeguards, an investigating body within the Central Board of Excise and Customs, to probe the issue, said the person, who spoke on condition of anonymity.

Under GST, while under-construction houses attract a 12% tax, the quantum of tax rebates available to the developer on the final product is substantial as the tax already paid on raw materials such as cement and steel is substantial at 18%.

In the earlier indirect tax regime, the central government charged a 15% service tax on 30% of the value of under-construction flats, which worked out to 4.5%. This, together with the 4-5% value-added tax levied by state governments on work contracts, took the total tax burden to about 9% without input tax credit.

In GST, the rate is 12% with input tax credit. The high component of tax credits means that the effective tax burden in the new regime is lower than earlier, explained the person cited earlier.

“Ideally, builders should reduce the equated monthly instalment (EMI) to be paid by consumers. However, some developers are claiming higher input costs and change in business strategy to increase (the tax-exclusive) price correspondingly. If they are increasing the price, they have to give justification, which has to pass the test of reasonableness,” the person said.

Another official aware of the complaints, who also declined to be named, said, “We have received complaints against builders from across India. The common tenor of the complaint is that the builders have increased the prices of the houses citing GST. The complaints will now be looked into as the anti-profiteering authority has now been set up.”

Experts, however, said the anti-profiteering provision in GST may not be sufficient to ensure that the benefits of reduced tax burden reach consumers as nothing in the law prevents businesses from jacking up prices in a free market, unless the product is under the Essential Commodities Act. Policymakers too believe that the anti-profiteering provision in GST law is not foolproof, which might result in litigation.

The investigator will require businesses suspected of profiteering to give a justification for any price increase made soon after the GST regime came into force. “Business reasons for price increase have to be weighed in the scale of rationality and reasonableness. Price increase should not be an attempt by the business to corner the tax benefit,” explained the first person cited earlier.

NAA is empowered to order a business it finds to be engaged in profiteering to cut prices or return the undue benefit availed by it along with interest to the customer. In extreme cases, the watchdog can also impose a penalty on the defaulting business or cancel its GST registration.

“Anti-profiteering will certainly apply to real estate because developers are not passing on any benefits to customers. The tax rates under GST have increased but they are getting more input tax credit. So at least some benefits have to be passed on to consumers,” said Abhishek Rastogi, partner at law firm Khaitan and Co.

The government recently released a form that customers can use to file complaints against manufacturers not passing on the benefits of the lower taxes in the GST regime to consumers. A complainant will have to provide details like the price of the product and the applicable tax rates both in the pre- and post-GST era.