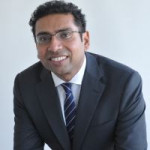 In response to growing discontent in the SME business community, the Government has over the past two months engineered a major rollback in the GST regime. The Government has:

1. Allowed businesses with annual turnover less than Rs 2 crore to pay GST and file returns once a quarter (as compared to the previous requirement to pay monthly).
2. Allowed businesses with revenues less than Rs 20 lakhs to operate without a GST number and without any obligation for businesses transacting with this sub-Rs20 lakh to bear the GST burden for these transactions.
3. Reduced the tax rate from 28 percent to 18 percent on a range of items, most notably chocolates, washing powder, shampoos, aftershave, deodorants, granite, and marble.
4. Cut the rate of tax for small businesses where there will be a uniform rate of 1 percent (0.5 percent Central tax plus 0.5 percent State tax) on the “composition scheme” for dealers and manufacturers. Manufacturers under this scheme earlier paid 2 percent (1 percent Central tax plus 1 percent State tax) of the turnover. Restaurant Services pay 5 percent (2.5 percent Central tax plus 2.5 percent SGST) of the turnover and this remains unchanged.

However, in October only the first two of the four rollbacks listed above had kicked in. As the other two rollbacks kick-in, the monthly run rate on GST collections seems likely to fall further by at least Rs 2,000 crores thus taking the total annualized drop in revenues to Rs 144,000 crores per annum (or US dollar 22.2 bn or 0.9 percent of GDP).

Given that the Centre’s tax:

GDP ratio is 12 percent, a 1 percent drop is a massive rollback in taxes.

The impact of this rollback on the economy will be manifold:

1. Pressure on the budget deficit and on bond yields

Whilst the NDA has done a commendable job of fiscal consolidation so far, the chances of India’s fiscal position slipping this point in appear higher at present than at any other stage of the Modi-led Government’s tenure.

Firstly, the Modi Government has recently announced a $30bn public sector bank recap plan. Whilst the exact impact on the fiscal deficit can only be ascertained once the final structure of bond issuance is decided, it is clear that this will add to India’s fiscal burden over FY18 and FY19. Secondly, if crude oil prices – which are up 40 percent over the past two years – continue rising then the Exchequer will be forced to cut excise rates further.

Thirdly, as per the medium-term fiscal policy statement tabled in Parliament on 1 February 2017, the Government said that it would aim to hit a fiscal deficit of 3 percent of GDP in FY19 from 3.2 percent of GDP in FY18. However, the Government has not yet resurrected the Fiscal Responsibility and Budget Management (FRBM) Act which would ensure the maintenance of fiscal discipline in the run-up to the General Election of 2019.

Finally, the fiscal maths for FY18 itself is looking precarious and the only way the Government can meet its fiscal deficit target for FY18 is by curtailing expenditure growth significantly in 2HFY18. Unsurprisingly, these fiscal concerns are resulting in the 10-year Government bond yield rising steadily.