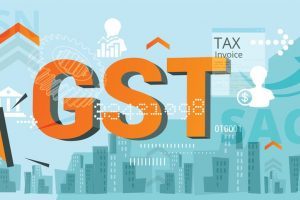 The introduction of the Goods and Services Tax (GST) raised much hope that it would herald the emergence of a ‘good and simple tax’ with ‘one nation, one market, one tax’. However, there has been considerable concern with the new tax, both in its structure and operational details, including the ease of paying the tax and filing returns. Trade and industry have been grappling with the problem of payment, filing the returns and claiming input tax credit, and exporters have been facing liquidity crises as the zero-rating of the tax has not worked and refunds have not been forthcoming, with difficulty in filing returns. Of course, the GST Council has been quite responsive to tweak the structure and operational details to make it simpler. Yet, considerable work needs to be done to ensure a smooth transition and to reap the revenue and productivity gains to the economy.

History of GST
Introduction of the GST is an important reform and is a standard policy recommendation for every country going in for the structural adjustment programme of the International Monetary Fund. This has been a major money spinner and a source of productivity gain. According to Michael Keen, of over 165 countries which have adopted GST in one form or another, only five have repealed it (Belize, Ghana, Grenada, Malta and Vietnam), but have reintroduced the tax later. The GST has taken centre-stage in many countries and is considered important in view of the competitive reduction in corporation tax rates due to high mobility of capital. It is also true that there is no “one-size fits all” GST and each country has to adopt the structure depending on political bargains and operational feasibility. It is a major reform, and even as every country makes a lot of preparations before it is introduced, it takes time to smoothen the rough edges and settle contentious issues.

International experience shows that some features of the reform are inherently desirable. It is important not to have too low thresholds. In fact, reasonably high thresholds will reduce the compliance burden to a large number of small businesses without much impact on revenue. Richard Bird and Pierre-Pascal Gendron, after a detailed examination of a number of countries adopting GST, suggest that in developing countries, a threshold closer to $100,000 would eliminate 75% of the taxpayers with a revenue loss of less than 4%. (See Bird and Gendron, The VAT in Developing and Transitional Countries, Cambridge University Press, 2007). Another desirable feature of a successful GST is to have fewer rates. Multiple rates create classification problems, are harder to administer and would require the general rate of tax to be higher. It would also invite a lot of lobbying by special interest groups. Third, it is important to prepare well before the plunge. Most countries take at least two years to prepare for the introduction of reform to ensure a smooth transition. This is particularly necessary for developing and testing the technology platform, educating the tax collectors and tax payers and to avoid any anomalies in the structure of the tax.

The Indian version
In the Indian context, given that the reform had to be evolved by taking into account the views of 29 States, two Union Territories with legislatures and the Union government, compromises are inevitable and it is impossible to expect the structure of the tax to be ideal. As stated by Bird and Gendron, some bad initial features may be an essential compromise to get the tax accepted in the first place.

It would have been preferable to evolve the structure with two rates, one lower on items of common consumption and another general rate on consumer durables and luxuries. Notably, given that the VAT in the earlier regime had predominantly two rates, it should have been possible to convince the States of the need to fix the GST rates at two rather than four. In addition, the levy of three rates of cesses has further complicated the structure. Having four tax rates and three rates of cesses should have been avoided. As mentioned above, multiple rates create problems of classification, inverted duty structure and large-scale lobbying. It enormously complicates the technology platform to ensure input tax credit mechanism. It therefore appears desirable to move immediately towards three slabs with the final goal of reducing the slabs to two. It would also have been desirable for the “fitment committee” to evolve the rates by thinking afresh instead to merely adding up the excise and VAT rates to fit the item to the nearest rate decided. This is particularly relevant in the case of commodities which are predominantly inputs as in the earlier VAT regime they were placed in the lower rate category. Hopefully, the GST Council will act soon on this.

Raising the threshold
As mentioned above, expert opinion based on international experience shows that there is much to be gained by having the threshold at reasonably high levels. As mentioned above, international experience is that a threshold closer to $100,000 would eliminate 75% of the taxpayers and the sacrifice in terms of revenue would be less than 4%. Moreover, it is the small businesses which produce and trade in commodities and services which are predominantly consumed by low income groups and therefore, keeping the threshold high would be desirable from the viewpoint of equity as well. Considering this, going further, it may be desirable to fix the threshold at ₹50 lakh. The revenue loss will be minimal but ease of doing business will be high. The inclusion of petroleum products in the GST base will depend on mainly the revenue gains from the reform. Nevertheless, it is a desirable objective and the GST Council must act on it. International experience shows that including real estate may not be easy.

Steps ahead
There is some concern that the revenues from GST in the past few months are somewhat below expectations. Things could improve as the new changes bring in stability and technology platform stabilises. Hopefully the implementation of GST may help in augmenting income tax as well.

Strong political commitment, to implementing the reform, thorough advance preparation, adequate investment in tax administration and taxpayer services, extensive public education programme, support from business community and good timing of reform are the important pre-requisites for successful implementation of the GST. It is also important to note that problems of transition to a major tax reform are unavoidable and most countries go through this. In this regard, the approach of the GST Council must be commended for being receptive to the concerns of businesses and in dealing with the glitches in technology. Some of the noise heard is also due to the fact that all traders, in one way or the other, are brought into the formal sector. That hurts some. The GST Council has recognised that it needs to carefully calibrate the reform until the desired goal of a Good and Simple Tax is realised. Hopefully the GST Council will keep the goals clear and consider the reform effort as a work in progress.