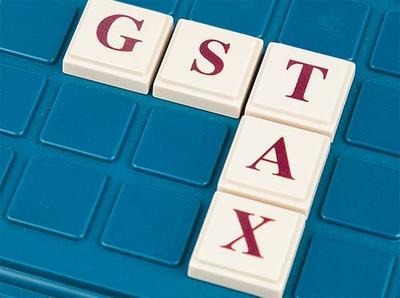 Mumbai: If there was no demonetisation, the government would have been able to implement the goods and services tax (GST) in a better manner, said Gita Gopinath, professor of international studies and economics at Harvard University, in an interview. She said that among other government reforms, the PSU bank recapitalisation plan and the implementation of the insolvency and bankruptcy code are steps in the right direction.

There have been some big-bang reforms since November last year. How do you think the government has fared on executing them?

As far as demonetisation is concerned, the expectation that the currency would not come back was misplaced. The idea that the RBI (Reserve Bank of India) will be able to make a big transfer to the government was misplaced. It was a very good signalling device that the government was very serious about cracking down on corruption and black money. But I do not think it was very effective in curbing it. For the consequences for the economy, we do not have clear causal evidence but there is the suggestion that the slowdown of growth rate had something to do with demonetisation. I am still studying it and we are trying to get some data from RBI on this as well.

GST has also been implemented with hiccups…

In fact, GST has a much better ability to track and prevent black money as compared to demonetisation. Maybe if they had not done demonetisation, the government would have had more time at hand to iron out all the problems with GST implementation. Among other reforms, plan to recapitalize the banks and the implementation of the bankruptcy code are steps in the right direction. Since demonetisation, most of the reforms have been favourable. I think it heartening to see that they are responding quickly to the issues at hand. Each time you put in a new policy, there are going to be problem,s but the fact that they are acting fast is good. It is early days but this is a policy that has great potential to formalize the economy. It will take a couple of quarters for the GST impact to show on the fiscal deficit when they are able to iron out all the matters.

Investment has been slow and it is yet to pick up. How soon will we see it picking up?

That had a lot to do with the non-performing assets (NPAs) in the system and now they (government and RBI) have made a bigger push on it (to resolve them). So hopefully, that should free up lending by banks. This could be the beginning of the credit cycle moving up. The recent numbers have already started showing some uptick. In fact, weak investment has been a problem globally and is not an India-specific phenomenon for different reasons.

Will the recapitalization exercise help because the DNA of banks remains the same?

Recapitalization is the first step in the whole process. They (banks) have to make sure that they do not find themselves in the exact same situation a few years from now. You definitely do not want to create a situation where banks can do whatever they want to do and then get bailed out. But I believe they (government) are considering policies for that. Recapitalization has helped in many parts of the world. It helped in the US after the financial crisis. The credit growth and investment will not pick up overnight but this is a reasonable step.

We are seeing a single party consolidating its position across India, as is evident from the Gujarat and Himachal Pradesh elections. How is this being viewed globally?

Within India and outside there is expectation that this government is the most reform-minded at this point and most likely to implement reforms. So anything that signals that the government will be empowered seems to signal optimism that the reforms will continue. It is viewed very positively, especially by the international investors. It is a big deal for them.

There are worries that with general elections nearing, the government may announce a populist budget and overshoot its fiscal deficit targets.

It is common before the elections to be populist. The government has surprised in the past. Before demonetisation as well as when the economy was growing slowly, people expected them to breach the fiscal threshold and in fact (Arvind) Panagariya was in favour of breaching the limits but that did not happen. So it may not be this time as well. I hope they do not do anything crazy on the fiscal side.

Central banks are on an unwinding spree globally. Are there any negative implications for global growth due to this?

It will certainly reduce the easy availability of money globally. But if you look at where these developed economies are going to end up in terms of interest rates, that is not very high. The central banks are doing it very gradually. The rate increases by Fed (US Federal Reserve) have not had so much of an effect. I do not see this as a negative factor.

Is it a concern that asset valuations are not reflecting the impact of this unwinding by central banks?

The last time the markets were spooked was during the taper tantrum when it (action by the Federal Reserve) was completely unexpected. But now the central bank is doing a pretty good job at communicating what they are going to do and they are moving very slow. The unwinding has been very gradual. The other fundamentals have improved with the commodity prices going back up. The standard correction has to come about after recession. Growth comes back up and it is very normal. I would worry if the markets were to be spooked at this point of time because that would mean that the market is completely addicted to easy money. We may see more investment in the export sector as globally growth picks up.

Will we see any impact on foreign fund inflows into India, considering that the Fed is expected to raise rates further?

The rate hike and the US tax policy will make it more attractive to put money in the US. But I do not think the numbers will change that much for capital inflows into India. In fact, that is one area where India has done very well. Investors are now being very discerning about where they put their money and I think India is looked at very favourably.

With the option of flexible inflation targeting available, do you think RBI could have cut rates further to boost investment?

I think the problem of weak investment does not have much to do with interest rates but NPAs. Since Raghuram Rajan’s regime, interest rates were cut multiple times but we did not see any uptick in investment.

What are the major risks to growth for India?

Most important is commodity prices. It seems to have a very high pass-through for inflation in India. It has consequences not only for the monetary policy but fiscal policy as well. India has been very lucky in the past three years because of low commodity prices but that is changing and could be a problem. Again, I would be concerned if the government becomes fiscally irresponsible before the elections.