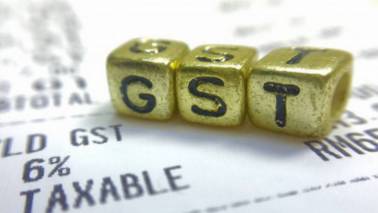 NEW DELHI, DECEMBER 22:
For logistic players, year 2017 will go down as one where they managed to tide over the after-effects of demonetisation and the transition to the Goods and Services Tax (GST) regime.

With the implementation of electronic-way (e-way) bill expected in 2018 — a move to do away with the need to have check-posts at all inter-State borders — the sector is expected to get a further push to move from being an unorganised to an organised segment.

Mahindra Logistics’ debut on the bourses and Future Logistics’ similar plan are a testimony to the sector not just getting organised but also to renewed investor interest.

TCI Express’ Managing Director Chander Agarwal said making of e-way bills or electronic invoices compulsory from February 1 will help the economy by bringing everyone in the ambit of the tax regime.

From the “express logistics industry perspective, it will bring in a clear demarcation between the organised and unorganised segments, which in turn will boost the sentiments for the organised players in doing business with ease.”

There was an improvement in travel time with several start-ups, such as GoBolt, Porter, Rivigo, and Truckola turning their focus on increasing asset utilisation, finding the cheapest rate, the best route by using technology and aggregating customers in specific segments of transportation.

The government also threw its weight behind adopting technology to sniff out possible bottlenecks, which contributed to improving India’s ranking in the World Bank’s ‘Ease of Doing Business’, a perception survey, with a 30-place jump.

RFID tags
One of the inputs for this was the use of RFID tags on containers from the the western ports of JNPT and Mundra, which is now being widened to Chennai and Krishnapatnam ports as well.

The tags — of Delhi Mumbai Industrial Corridor Development Corporation Logistics Data Services (DLDS) — helped identify various perceived “bottlenecks” for the boxes during the road and rail movement within the country. Some of these were intended “storage spaces” and value-added services provided by different stakeholders, it emerged.

While this helped track boxes to and from ports, the National Highways Authority of India, too, pushed its RFID tag project — Fastags — to help digital payment of tolls, a move aimed at lowering the time taken at toll plazas, apart from helping track vehicles.

It also mandated fixing of Fastags on all vehicles with four wheels and more.

These Fastags — each of which provide a unique identity to vehicles — can help track vehicles and also have the capability to store the GST number of the cargo being moved.

These tracking devices helped all stakeholders identify and possibly remove bottlenecks. Industry players also attributed some of the improvement in time to “lesser cargo availability” during some time periods.

Tech effect
The increasing reach of e-commerce further pushed frontiers for technology adoption and automation in logistics. “Logistics has shifted its focus to ultra fast delivery that can be done with intelligent systems that cut down the time lost in grinding manual dependencies.

“This is in sync with the disposition the e-commerce industry has made over the years in being more focussed on profitability rather than bearing the brunt of inorganic growth without customer value,” said Nishith Rastogi, Co-founder, Locus, which automates logistics for e-commerce players.

Rastogi feels that the demand from tier-2 and tier-3 cities will push e-commerce players in 2018 towards omnichannel — integrating online and offline supply chain channels into one network — so that users can order at one place and fulfil from any place. Myntra, Flipkart’s fashion firm, introduced ‘Mensa Network’, that connects all small shops to help aid last-mile deliveries in smaller towns, Rastogi said.

Security concerns
Firms also became more aware about IT security concerns with several, including JNPT, getting hit by Petya ransomware attack, when they had to fall back on making calls, and using paper and pen.

Noting that there was an increase in ransomware attacks, DHL Express maintained that it would “raise their antenna on security”.

However, there were mixed signals in logistics costs. Allcargo Logistics felt that the sector would see a drop in costs in due course. The Railways dropped its freight rates in certain segments.

But road transporters found it difficult to deal with daily fluctuations in diesel prices that started in 2017. Transporters sought inclusion of diesel in the GST regime — which accounts for a large chunk of their operating cost — so that they could get input credit on the taxes.

While that was the freight story, passengers opted for road in the absence of getting assured seats on trains and a simultaneous increase in choices.

“Travellers are more willing to explore other modes of road transport. In 2017, we saw train travellers exploring bus/cab option in the absence of confirmed train tickets.

“We expect this trend to increase in the coming years as road connectivity improves,” stated RailYatri, which offers users bus and cab options.