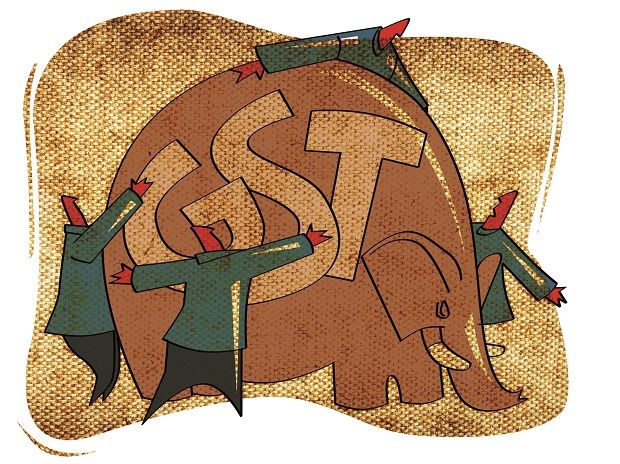 AHMEDABAD: It has been about six months for Goods and Services Tax (GST) to have been implemented. However, teething trouble appears to continue plaguing businesses. Amid these, various exporters are among the worst affected lot, with pending Integrated GST (IGST) refunds from the government. Thanks to this, a number of them are reeling under severe crunch for working capital and as a result, their order books have been impacted.
“After the implementation of GST, we ended up paying 28% GST initially and later had to claim refund. While our profit margins were thin, it was difficult to pay such high taxes as a result of which, there was severe working capital crunch. We have reduced our export orders by some 30-35% currently,” said Upen Nagar, a merchant exporter for ceramics.
Such is the case for most other sectors where businesses fear a severe liquidity crunch if there is any further delay in refunds. “Pharma exporters did face delayed payments of excise, before GST implementation. Therefore, manufacturers were always prepared for a delay in refund from four to six months. However, anything beyond this will begin to create panic among exporters, thus leading to liquidity crunch,” said Viranchi Shah, vice-chairman, Gujarat State Board, Indian Drug Manufacturers Association (IDMA).
However, the commercial tax department officials claim they have already begun processing input tax credit refunds. “The process has already been initiated and since the system is new, it is taking time. We’ve been closely monitoring the situation and will ensure all the refunds are processed at the earliest. In fact, recently we also made it a point to process Rs 600 crore worth of VAT refunds recently,” said P D Vaghela, state commercial tax commissioner.
Vaghela also said that IGST refund processing has been handed over to the department of customs and the pending requests received by state commercial tax department, are also getting addressed.
source:https://timesofindia.indiatimes.com/city/ahmedabad/exporters-reel-under-cash-crunch-with-pending-gst-refund/articleshow/62245676.cms