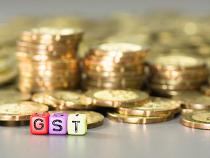 New Delhi, Dec 26 (KNN) The Micro, Small and Medium Enterprises (MSMEs) in the jewellery sector are facing a difficult time as the refunds under GST continue to be a bottleneck for the economy, Indian Bullion and Jewellers Association informed in a press interview.

Pankaj Parekh, State President of Indian Bullion and Jewellers Association informed that there is difficulty with regard to registering fresh orders due to the blockage of working capital.

Also since the blocked amount is interest-free for the jewellery exports, it adds to the stress on the sector, he said.

Talking to KNN, Nitin Khandelwal, President of All India gems and jewellery trade federation (GJF) informed that the situation for local manufacturers isn’t as bad as it for exporters.

Khandelwal said that the exporters in general, across sectors are facing the stress due to the blockage in GST refunds, however the domestic market is not much upset with the GST.

Also earlier, West Bengal Finance Minister Amit Mitra said that the GST refund problem is beginning to become the new normal hampering the micro, small and medium enterprises. Noting the probable reasons for the blockage, the Minister said that there are glitches in between the GSTN and the EDI as well as DGFT that is causing the delay in refunds.

The Goods and Services Tax (GST) was launched earlier this year from July 1 marking it as the biggest tax reform since independence.