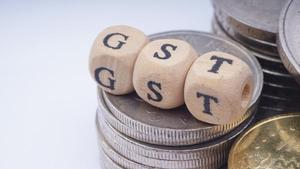 Experts say the fall, in part due to the large number of rate reductions, will improve from January

Tax experts say the fall in the collection is along expected lines, due in part to the large number of rate reductions that came into effect on November 15. They reckon that the collection will improve from January.

“The dip in collection for November is on expected lines, as the rates of over 175 items were reduced from November 15 and refunds to exporters started recently,” Pratik Jain, leader, Indirect Tax, at PwC India, said in a press note.

“Even for December, there could be an impact of the opening credit claim for which the last date is December 27. From January, the collection should stabilise.”

“There are reasons. First, the reduction of rate and the second, utilisation of credits,” Abhishek A. Rastogi, Partner, Khaitan & Co., said.

“The right number will be reflected in the last quarter of 2017-18, or maybe the first quarter of the next financial year. The reduction was expected, and the government had done these calculations. It is hoped that the level of compliance improves further so that the revenue is back on track.”

Others point to more systemic problems in the GST implementation, highlighting that the GST Council had deferred the filing of the GSTR-2 and GSTR-3 forms, and tax filers were wary of the GST Network portal, which had been hit by glitches initially.

“The government has suspended GSTR-2 and GSTR-3 owing to the difficulties in invoice-matching and the date for GSTR-1 has been extended several times,” said Ansh Bhargava, head, Growth & Strategy, Taxmann.

“These extensions granted by the government have caused a negative message in the minds of taxpayers that due to the technical glitches, the GST Network is not ready to keep a check of faulty taxpayers.”

Mr. Bhargava said that since the simplified GSTR-3B form was on the basis of self-assessment, businesses might not report accurate figures, and this could have contributed to the lower collection.