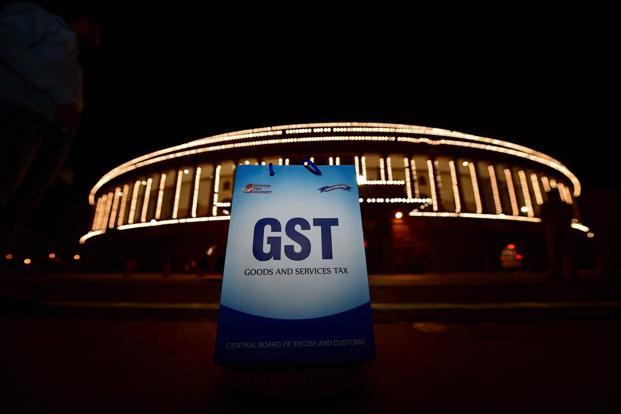 GST collections slipped for the second straight month to Rs 80,808 crore in November, down from over Rs 83,000 crore in the previous month.

The total collection of GST until 25 December stood at Rs 80,808 crore for November and 53.06 lakh returns have been filed for the month, a finance ministry statement said.

Of the Rs 80,808 crore collected, Rs 7,798 crore has been garnered as compensation cess in November – the fifth month of GST rollout.

Thus, a total amount of Rs 24,836 crore is being transferred from IGST to CGST/SGST account by way of settlement, the statement added.

As per the data available, GST collections in July was over Rs 95,000 crore, while in August the figure was over Rs 91,000 crore.

Analysts and observers have attributed the decline in the tax collection to the series of tax rate cuts by the government in order to reign in the prices and ease the pain for certain businesses.

“Dip in collection in revenue for November is on expected lines, as rates of over 175 items were reduced from 15 November and refunds to exporters started recently. Even for December, there could be an impact of opening credit claim for which the last date is December 27th. From January onwards, the collections should stablise,” Pratik Jain, leader – indirect tax, PwC, said in a statement.

Ansh Bhargava, head, growth & strategy, Taxmann, has, however, raised the concern that the government’s tweaking of the rules may have sent a negative message for the tax payers.

“The government has suspended GSTR-2 and GSTR-3 due to difficulties in invoice matching and the date for GSTR-1 has been extended several times. These extensions granted by government has sent a negative message in mind of taxpayers due to technical glitches in GSTN portal that portal is not ready to keep check of faulty taxpayers,” Bhargava said in a statement.

“Also, GSTR-3B is kind of self assessment return to collect taxes and therefore businesses might not report accurate figures as any correction can be made through GSTR-1 and 2 and thus there are chances that it is the only reason collection of taxes came down as there is no fear of penalty for inaccurate details ins GSTR-3B,” he points out.

According to Abhishek A Rastogi, Partner, Khaitan & Co, the reasons for the fall in tax collection are two-fold – the reduction of rate and utilisation of credits.

“The right number will be reflected in the last quarter of 2017-18 or may be the first quarter of the next financial year. The reduction was expected and the government had done these calculations,” he says.

He hopes the compliances to improve further so that the revenue is back on track.

“It should be noted that refunds to a very substantial extent have not been processed. The government should keep that number in mind before forecasting. It is hoped that the refund process is not slowed down due to decrease in collection,” he said.