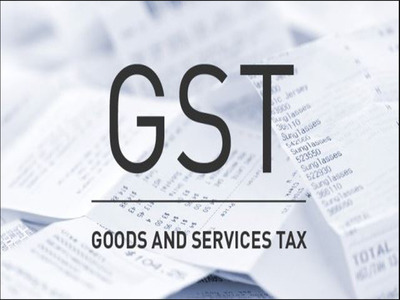 NEW DELHI: The 70th year since Independence will go down in Indian history since the country switched over to the Goods and Services Tax (GST) regime, realising, thereby, the vision of a unified market in a federal system that guided the nationalist bourgeoisie in joining Mahatma Gandhis struggle to liberate India from the British.
Of course, the structural reform came accompanied with pain for trade and industry caught off-guard by the rigours of new compliance procedures. Queried by corporate leaders at industry chamber Ficci’s 90th AGM here earlier this month on how GST was impacting through lower tax collections, Finance Minister Arun Jaitley put the onus on them.

“It is you from industry, who have been calling for so long to bring GSTA… and no sooner do these initial problems in implementing a reform of such scale appear, then you want to go back to the system we’ve had for 70 years,” he said.

The earlier system was a myriad of central and state taxes where the movement of goods was slowed down by products being taxed multiple times and at different rates.

The new indirect tax regime unifying the Indian market has four tax slabs of 5, 12, 18 and 28 per cent.

It has a novel feature whereby goods and services providers get the benefit of input tax credit for the goods used, effectively making the real incidence of taxation lower than the headline taxation rate.

The second half of the year saw a radical reworking of the items within the four-slab tax structure by the supremely federal institution of the GST Council, whereby all but 50 of over 1,200 items remained in the highest 28 per cent bracket. Those retained included luxury and sin items, the cess on which goes to fund the compensation to states for the loss of revenue arising from implementing GST.

With the Council’s decisions last month, GST has been cut on a host of consumer items such as chocolates, chewing gum, shampoos, deodorants, shoe polish, detergents, nutrition drinks, marble and cosmetics. Luxury goods such as washing machines and air conditioners have been retained at 28 per cent.

Eating out has become cheaper as all restaurants outside high-end hotels charging over Rs 7,500 per room will uniformly levy GST of five per cent. The facility of input tax credit for restaurants has, however, been withdrawn as they had not passed on this benefit to consumers.

Petroleum, including oil and gas, is a strategic sector that is still not under GST, while the industry has been pushing for its inclusion so as not to be deprived of the benefits of input credit.

Including real estate is another matter pending before the GST Council.

On the functioning of the Council, Jaitley who is its head, had this remarkable insight about the way in which it had effected such large-scale rationalisation of the item rates in a short span of “3-4 months”.

“Everything has been achieved by consensus in the best spirit of cooperative federalism. There has been no politics, even from states which are controlled by opposition parties,” he told a gathering of industry leaders here.

The other side of GST was revealed through what the International Monetary Fund described as “short-term disruptions”.

With businesses going into a “de-stocking” mode on inventories in anticipation of the GST rollout from July and sluggish manufacturing growth, among other factors, pulled down growth in the Indian economy during the first quarter of this fiscal to 5.7 per cent, clocking the lowest under the Narendra Modi dispensation. Breaking a five-quarter slump, a rise in manufacturing sector output, however, pushed the growth rate higher to 6.3 per cent during the second quarter (July-September) of 2017-18.

Besides, technical glitches appearing on the GST Network portal, often unable to take the load of last-minute rush to file returns, marred the filing of returns by traders, forcing the government to postpone filing deadlines several times. The glitches also led to export refunds piling up, resulting in a grave situation of cash crunch for exporters, whose working capital was getting blocked.

In the final analysis, the GST balance sheet is provided by Gita Gopinath, Professor of International Studies and Economies at Harvard University, who is also the economic adviser to the Kerala Chief Minister.

“GST is a real reform. It is a way of formalising the economy. It is a very effective way of ensuring tax compliance, making it harder to earn black money. I mean, nothing ever goes away completely, but it just makes it harder to make it happen,” Gopinath said in Mumbai earlier this month.

The icing on the cake came with the World Bank announcing earlier this year that India had jumped 30 places in its Ease of Doing Business rankings to get among the top 100 countries on the list. Though reforms in India’s direct tax regime figured among the parameters considered in evaluation, GST had not been taken into account by the multilateral agency since their cut-off date was June 30.