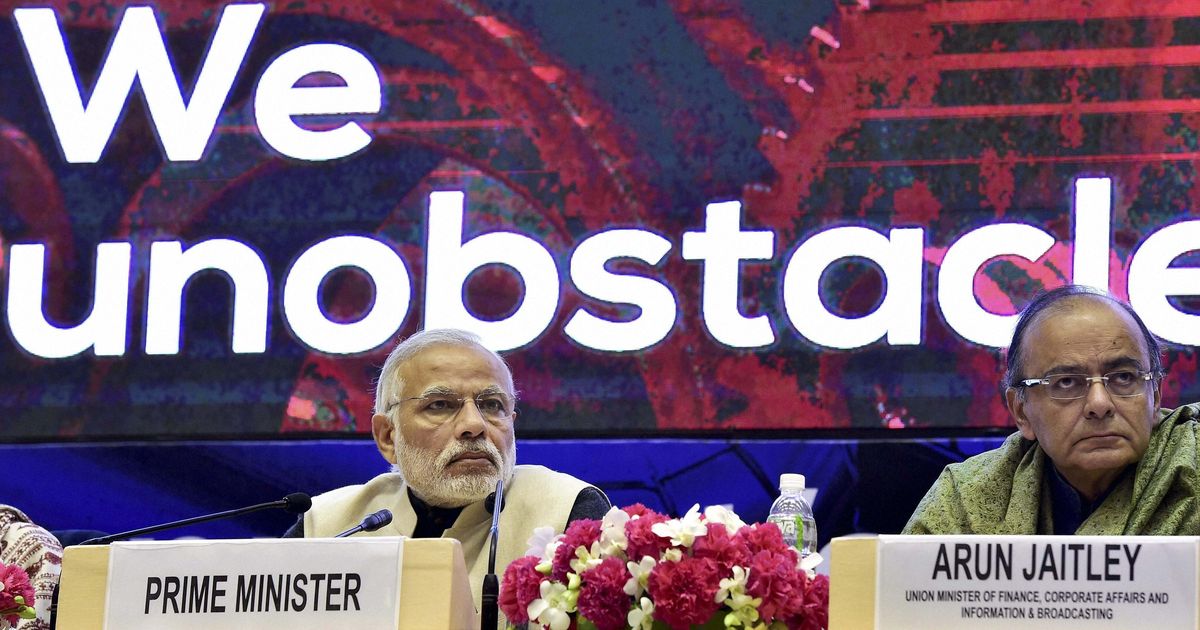 The government has for some time defended the two shocks it delivered to the Indian economy: demonetisation and a hasty rollout of the Goods and Services Tax. It said that these measures impose honesty on taxpayers and will broaden the tax base. When the Reserve Bank of India admitted in August that all the currency withdrawn from circulation during the note ban had returned, the government tried to save face by insisting that revenues would reflect how successful the move actual had been. Now it seems Indians will have to wait even longer to see that broader base and subsequent success.

The Finance Ministry said on Wednesday that it will be borrowing an additional Rs 50,000 crore in the current financial year, a move that analysts say is likely to cause India to breach its fiscal deficit target this year. As a result, this will force an alteration of the targets for the next few years as well. The fiscal deficit is the gap between the government’s expenditures and its revenues. It is essentially a measure of how much the state has to borrow – and pay interest on – to meet its commitments. When introducing the budget this year, Finance Minister Arun Jaitley pegged the fiscal deficit for 2017-’18 at 3.2% of the Gross Domestic Product with the aim of achieving 3% the following year.

With news of the plan to borrow an additional Rs 50,000 crore through government securities, analysts are expecting those fiscal numbers to change. The finance ministry has insisted there will not be any net additional borrowing, since it will run down treasury bills by Rs 61,203 crore. But analysts expect that when the full year’s borrowing details are put together, it is likely that it will go beyond what had been budgeted.

Madan Sabnavis, chief economist at Care Ratings, told Mint that “fiscal slippage” is likely, meaning the government will not be able to stick to its stated deficit targets. Others analysts echoed this view, with many saying the deficit is expected to go from the intended 3.2% to 3.5%, which would also mean a change in next year’s targeted deficit.

In other words, despite – or, as likely, because of – demonetisation, the hasty GST rollout, subsequent changes to the GST rate structure and other reforms, the government is expecting to get less money this year than it expected and will need to borrow to make up for that. This is something of a setback for Finance Minister Arun Jaitley, who has professed a commitment to the fiscal deficit reduction path from his budget and was lucky enough to start off with economic conditions that made it a plausible goal. It is also yet another indicator of how hard two self-imposed shocks, GST and demonetisation, have hit the economy.

There are a few reasons for this. For one, oil prices are no longer as benign as they were at the start of Prime Minister Narendra Modi’s tenure in 2014. The Reserve Bank of India’s macroeconomic forecasts, for example, are using $55 per barrel as the expected price of oil. On Thursday, brent crude futures hit $67 a barrel and were fluctuating around that range. An Oil Ministry estimate expects the country’s oil bill to go up by about 15% in this financial year alone. That is an external shock that the government cannot control, but could have anticipated and prepared for, considering the advantage of three years of low prices that also helped stabilise inflation.

The other two reasons are inextricably linked and were both within the control of the government: demonetisation and GST. India’s Gross Domestic Product was already slowing before Modi announced the withdrawal of 86% of India’s currency in 2016, but that moved caused the decline to deepen, resulting in even worse conditions for businesses nationwide. Just as the economy was recovering from that shock, the government rushed through with the implementation of GST, with a rollout that was beset by many problems and criticised for being unnecessarily complex. That combination led to a low in GDP growth of 5.7% in the first quarter of 2017-’18, the sixth consecutive quarter of declining growth, followed by a modest recovery over the next three months.

Demonetisation was supposed to have been a temporary shock, but one that would lead to a larger tax base and more tax compliance – meaning increased revenues for the government. Similarly, it was said that GST would raise the GDP by several percentage points and impose honesty on the business community, again leading to greater tax revenue for the government. Instead, GST collections have been falling from the high of the very first month, reaching a five-month low in November when the government collected just Rs 80,808 crore, compared to the Rs 91,000 crore it expects to bring in every month.

Some of this might have to do with changes to the GST rates after protests from industry and concerns that it would adversely affect the BJP’s electoral fortunes. A number of rates were cut in November, a move that Bihar’s Deputy Chief Minister Sushil Kumar Modi said would lead to a shortfall of Rs 20,000 crore in revenues.

The government will certainly insist that the slippage is minor, just a matter of 30 basis points – from 3.2% to 3.5% – and that the reforms will eventually bear fruit. But it is important to remember that economic recoveries are not inevitable. There is still no evidence that demonetisation achieved anything other than an increase in financialisation of savings, at tremendous cost to the economy. While GST should be a stable platform for the economy in the long run, the manner in which it was rolled out right after demonetisation might have hurt the private sector enough to set India back a few years.

As a result, this will be the first time since 2012 that the central government has increased its planned borrowings, and, if there is a slippage in the fiscal deficit, the first time under Modi and Jaitley that the government has failed to meet its targets. This does not bode well for fiscal plans with the 2019 Lok Sabha elections on the horizon, since governments are usually prone to spending more in the year before polls.