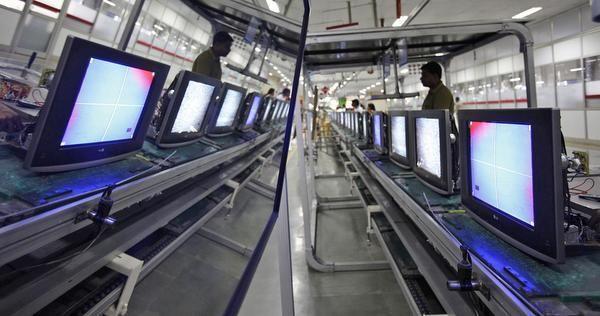 After witnessing muted growth in 2017, the consumer durables industry is pinning hopes on a reduction in GST rate to 18 per cent from the current 28 per cent to boost demand in 2018.

After the festival season with the rise in commodity prices, the companies have increased prices of appliances and consumer electronic products.

Air-conditioners category also witnessed an increase in prices beginning January due to the new energy efficiency norms coupled with rise in commodity prices.

The Bureau of Energy Efficiency had announced the new star rating methodology called the Indian Seasonal Energy Efficiency (ISEER) ratings for air-conditioners in 2016, which has become mandatory from January 1.

Kamal Nandi, Business Head and EVP, Godrej Appliances, said that the implementation of the new ISEER ratings and the increase in commodity prices led to an increase in prices by 6-10 per cent.

“We are concerned about the impact of the price hike on demand in the summer season in the AC segment. Increase in commodity prices has also led the industry to hike prices by 3-5 per cent for other appliances such as washing machines and refrigerators, post the festival season. The year 2017 has been an average year in terms of sales for the industry due to demonetisation effect as well as the GST implementation. Festival sales in 2017 did not garner the momentum that we had expected,” he added.

Nandi said that the industry hopes the government will consider reducing the GST tax slab to 18 per cent from the current 28 per cent, which will provide a huge boost to demand.

According to industry estimates, while in 2016, the consumer durables sector managed to see a growth of about 9-10 per cent despite demonetisation, in 2017, it has been pegged in the range of 5-7 per cent.

Experts pointed out that the sector witnessed a de-growth in November and December 2017 compared to 2016.

Besides, urging the government to put appliances and consumer electronic products under the 18 per cent GST slab, the Consumer Electronics Appliances Manufacturers Association (CEAMA) has also been pitching for lower tax rates for energy efficient products (products that have four star ratings and above).

Sanjeev Bakshi, COO-AC Divison, Videocon, added that lower tax will encourage more consumers to make the shift to higher energy-efficient ACs instead of buying lower energy efficient and relatively cheaper options. “If there is not enough demand for 4- star and 5-star rated ACs then the government’s objective of improving efficiency in the AC segment will not be fulfilled.” he added.

Jayesh Parekh, Business Head-Consumer Durables, Intex Technologies, added, “Products such as LEDs and refrigerators are no more luxury products but a necessity. Reduction in GST rate to 18 per cent from the 28 per cent will provide the much-needed boost for the sector.”