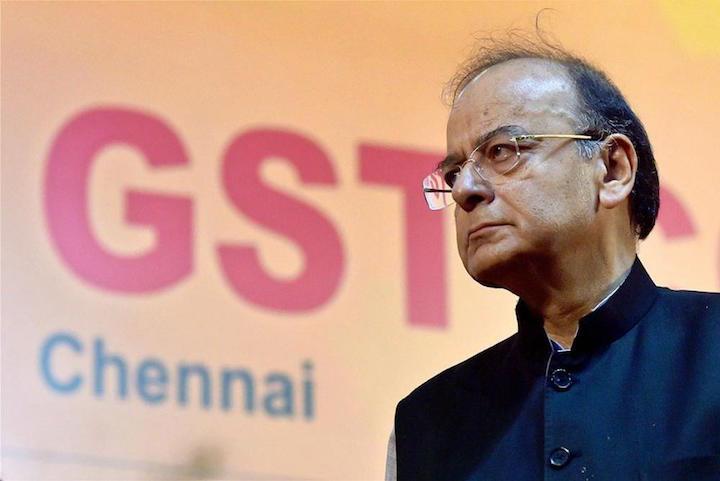 I don’t envy finance minister Arun Jaitley. The fiscal situation is looking rather grim, with the fiscal deficit target amount for the entire year having already been exceeded by 12 percentage points, with a full quarter of the fiscal year still to go. Goods and Services Tax (GST) revenues, in particular, have been disappointing, with monthly collections down to the Rs 80,000 crore mark from about Rs 95,000 crore in the initial few months.

The situation on the direct taxes front appears to be better in the sense that they may just about meet their targets, but there is little chance that a part of the slippage in GST revenues could be compensated by the income and corporate tax collections. Non-tax revenues such as proceeds from disinvestment will need to play a far greater role if the fiscal deficit target of 3.2% of GDP is still to be met. There are loud rumours that the target could slip this year.

These ad hoc adjustments had to be made because the GST law was so poorly designed in the first place. Several experts, including the government’s own chief economic advisor, had opined that the top rate be kept at a reasonable level, that there not be a large number of rate slabs, that commodities like petroleum, real estate be kept in the GST net and that small businesses be kept out. None of the advice was taken. We have ended up with a hugely complex, difficult to administer and even more difficult-to-comply-with GST.

But apart from the ad hoc reduction of rates, compliance issues have also had a big role to play in the declining collections. The fact is, when the GST rate is high, there is an equally high incentive to evade the tax. There is a concrete example from the European Union (EU). Until 2015, Romania had a high VAT rate of 24%, applicable on the vast majority of goods and services. At that time when Romania had this rate – one of the highest in the EU – its VAT gap, i.e., the amount of VAT lost due to non-compliance, was the highest in the EU at 41.1%. Romania cut the VAT rate to 19% from January 1, 2017. This rate cut followed the 2016 reduction from 24% to 20%. Romania had originally hiked VAT from 19% to 24% in 2010 at the height of the global financial crisis.

In India, not only is the rate of 28% inordinately high, the overall structure of the GST design is overly complex with a number of tax rates. Apart from the standard zero rate on exports, the Indian GST has several other rate slabs: 0.25%, 5%, 12%, 18%, 28%. The zero rate applies not just on exports but on a host of other products such as food items and handicrafts. With this sort of a complex structure, there is always an incentive to try to game the system by looking for loopholes in the law or other means to reduce the amount of GST payable. Even though GST is an indirect tax and in theory, its incidence ought to pass through to the final consumer, the fact is producers and service providers know that if they can succeed in lowering the tax liability, they can offer their goods or services at more competitive prices to consumers.

Apart from gaming the system, non-compliance is also taking the form of outright under-declaration of sales turnover. The rumour is that many retailers are under-declaring as much as 40% of their sales.

One of the ways the administration is planning to deal with this is to subject all interstate transfers of goods to e-way bills, i.e., trucks must carry these e-way bills with them as they cross state borders and then be subject to random checks. First, this will still do nothing to deal with the problem of undeclared services. Moreover, I wonder if this will not reintroduce the old practice of border check posts and long queues at state borders which the GST sought to eliminate. A more effective way may be to introduce real-time online data sharing with the tax administration, as several countries in Europe have done.

Another major problem has been the high compliance burdens faced by small businesses. To ease this burden, the GST law provides for a “composition scheme” where eligible small businesses with sales turnovers up to Rs 1 crore can pay a flat rate of tax on their turnovers. Recent reports suggest that as many as 15 lakh small businesses have registered under this scheme, and about six lakh of them have filed returns and paid tax under it. The total amount of tax collected under this scheme is a paltry amount of Rs 251 crore, and officials are reported to believe there is widespread under-reporting. As I have said in earlier pieces, there is really no merit in forcing lakhs of small businesses with turnovers as low as Rs 20 lakh a year to register for the GST. The revenue collected from them will be very small and the compliance burdens imposed on them relatively very high. It is time to reconsider the threshold limit and revise it upwards to Rs 1 crore.

My recommendation for a tax regime for small businesses is the following: the GST threshold be fixed at Rs 1 crore, with a provision for voluntary registration for smaller businesses; for income tax to continue with section 44AD but bring the ceiling limit back to Rs 1 crore in line with the GST threshold; allow this presumptive taxation only for those taxpayers who are not registered for GST; and, introduce a flat fee in the nature of a “business permit” of Rs 10,000 a year for businesses with a turnover between Rs 20 lakh to Rs 1 crore to be collected by state governments.

Data taken from the Report on the Revenue Neutral Rate and Structure of Rates for the Goods and Services Tax, 2015, Ministry of Finance, indicates that the vast majority of potential GST revenue would come from the top two brackets – “above Rs 100 crore” and “between Rs 10 crore and Rs 100 crore”. These two brackets have only 2.2% of taxpayers, but would potentially contribute over 80% of tax revenues. The distribution is highly skewed. In the table in the report, the number of small businesses with turnovers below Rs 1 crore is 8,111,026, which is as much as 86% of all potential taxpayers, however, their total turnover amounts to just 3.4%, which is also likely to be their share in GST tax revenue.

Now, we know that GST rates are decided by the GST Council, headed by the Union finance minister and comprising representatives of all states, and so it is not possible for Jaitley to directly introduce proposals in the Budget for 2018-19 which would be enacted in the Finance Act, 2018-19. However, it would be excellent if the finance minister presented a road map for reforming the GST with a view to reducing its complexities and making it a truly “good and simple tax”.

Both the minister and his secretary have at various times in the last couple of months indicated their willingness to go in the direction of a simpler GST with a three-rate structure, with a top rate of 18%. This would be most welcome, and I believe would increase voluntary compliance by reducing incentives to evade.