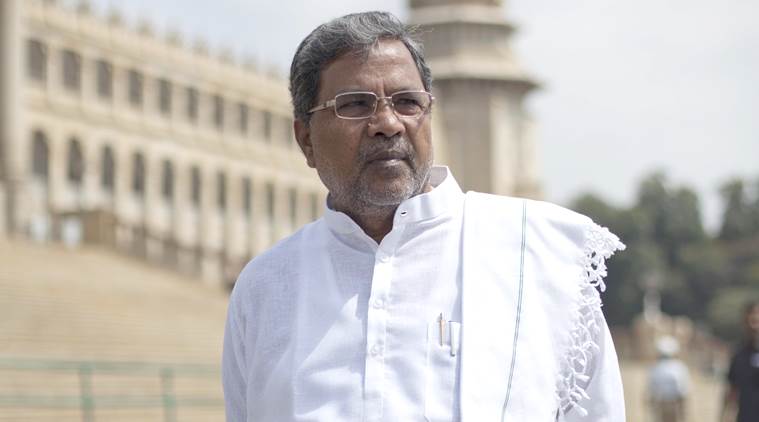 POLL-BOUND KARNATAKA, the only major state ruled by the Congress, is emerging as a showcase model for the NDA government for having effectively piloted a crucial Goods and Services Tax (GST) billing project that is to be replicated nationwide to plug revenue leakages in the new indirect tax regime.

As the monthly revenue from GST has slipped way below the targeted level of Rs 91,000 crore since October, a worried central government and many BJP-ruled states have turned to Karnataka for dispelling concerns raised by traders regarding the electronic way bill or e-way bill system.

The system offers the technological framework to track intra-state as well as inter-state movement of goods of value exceeding Rs 50,000 for sale beyond 10 km.

Karnataka operationalised the e-way bill system on September 12, 2017, using the information and communications technology (ICT) infrastructure available with the state. Before the rollout, the e-way bill system was designed, developed and tested by the state during August 2017 in partnership with the National Informatics Centre (NIC), which has been assigned the project.

When contacted by The Indian Express, Karnataka’s Agriculture Minister and representative in GST Council Krishna Byre Gowda said, “The e-way bill system has been implemented in Karnataka since September 2017. Earlier, we had a similar system under the VAT regime, too. More than 1 lakh eway bills are generated every day in the system. A number of awareness and capacity building steps have been undertaken to sensitise traders, transporters as well as department officials in order to implement the e-way bill system in a smooth manner. About 1,20,000 dealers are registered under the system and around 947 transporters are also registered.”

Karnataka had been running a version of the e-way bill called e-SUGAM (Simple Uploading of Goods Arrival and Movement) since 2011 for state VAT before the July 1 introduction of GST. The e-SUGAM facility has been withdrawn by the state’s commercial taxes department since September 24 last year.

“It is a very simple procedure where supplier of goods requiring e-way bill has to register, fill up 6 or 7 mandatory fields and the vehicle number, and generate an e-way permit. On being stopped, the transporter only needs to show e-way permit which could also be carried on a mobile phone. As per the experience in Karnataka, only 2 per cent of e-way permits were checked and physical examination of goods was only about 0.2 per cent while rest of the goods moved without any interference from the tax administration,” the official said.

The e-way bill system would improve the climate of compliance without extra exertion by the tax administration, said the official, adding that it would be further streamlined after installation of RFID (Radio Frequency Identification). “This simple mechanism would encourage the taxpayer to comply with the law and also help expand the tax base,” the official said.

Rajasthan and Uttarakhand have also operationalised the e-way bill system from December. Kerala, Gujarat and Nagaland have shown keen interest to start the e-way bill rollout and the NIC is working to extend the system to these states, the official said. “It is felt that the experience gained from rollout in these states would provide valuable inputs to further finetune the system. ICT infrastructure such as servers for hosting the e-way bill application for these states is being arranged by NIC with the help of government of Karnataka,” the official said.

With the slippage in October GST revenue to below the projected monthly target of Rs 91,000 crore at Rs 83,346 crore (as on November 27), Finance Secretary Hasmukh Adhia had called a meeting of officials from states and union territories on December 9 to discuss ways to boost tax revenues.

Following this meeting, the GST Council had met on December 16 to approve an early implementation of e-way bill system. The Council decided on a rollout of the e-way bill system on a voluntary basis for use by trade and transporters from January 16 along with approving February 1, 2018, as the date for mandatory rollout for inter-state movement of goods, as against the earlier approved date of April 1.

Under the system, tax officials will have powers to check the e-way bill at any point during the transit to check tax evasion. According to the notified e-way bill rules, the permits issued would be valid for one day for movement of goods for 100 km and in same proportion for following days. The e-way bill rules specify that every registered supplier will require a prior online registration on GSTN portal for movement of goods valuing more than Rs 50,000.

The GST Council has exempted 154 common use items such as meat, fish, curd, vegetables, some cereals, human blood, LPG for households and kerosene for PDS from the e-way bill system. Also, the system will not be applicable on goods being transported by non-motorised conveyance and where goods are transported from the port, airport, air cargo complex and land customs station to an inland container depot or a container freight station for Customs clearance.