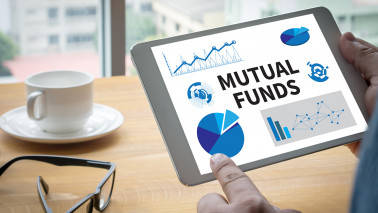 The mutual fund industry has written to the Finance Ministry as a part of its proposals for Budget 2018, seeking, among other things, simplification of GST rules to ease implementation of GST for the MF industry.

In the set of Budget proposals that AMFI (Association of Mutual Funds of India) has sent to Finance Ministry, it has suggested 7 specific changes to the GST implementation keeping in mind the nuances of the mutual fund industry.

Moneycontrol covered the suggestions by the industry on Direct Taxes earlier yesterday.

The key suggestions on the changes suggested by the mutual fund industry on GST for the consideration of Finance Minister Arun Jaitley are as below:

1. Exemption from need of Invoice from each Mutual Fund Distributor

One of the pre-requisites for claiming input credit is receipt of a valid Tax invoice from the service provider (Mutual Fund Distributor in this case). Mutual Funds have a large number of small distributors spread across the country and collecting invoices from each of them imposes an onerous compliance burden to claim input tax credit. Hence mutual funds want the commission statement generated by the R&T (Registrar & Transfer) Agents to be sufficient condition for complying with GST invoice guidelines rather than collection of individual tax invoices from each mutual fund distributor.

2. Reverse Charge Exemption should be continued beyond March 2018

Mutual Funds will be subject to reverse charge if the mutual fund distributor is unregistered. Currently, there is an exemption till 31st March 2018 from reverse charge for everyone availing services from unregistered persons. Mutual Funds say that this puts on them a huge compliance burden if Reverse Charge Mechanism were to be re-introduced from April 2018. Hence they have requested the Finance Minister to extend the current exemption from Reverse Charge to mutual funds beyond March 2018. Alternatively, it has proposed the current limit of Rs. 5000/- per day should be increased to at least Rs. 15,000- per day for exemption from reverse charge.

Mutual Funds say that currently they have no clarity on whether they can claim Input Tax Credit on with respect to various heads like Exit Load levied on investors. Though GST is levied on Exit Loads – which are a deterrent in the form of a penalty on investors – are not business income but are credited back to the schemes. Mutual funds want the GST on exit loads to be allowed to be taken as input tax credit.

4. Branch Offices of Asset Management Cos should not be construed as a separate business entity for GST purposes

As per current GST guidelines, GST is applicable transactions between related parties even if without consideration. Mutual Funds have branch offices in various cities which have transactions with their Head Office and both these are considered as separate business entities for payment of GST. Mutual Funds says that the core function of Investment Management takes place at the Head Office and the auxiliary services of sales and marketing happen at the branches.

However, under GST the transactions between branch offices of the AMC and Head Office are applicable to GST and mutual funds want an exemption from this consideration of treating branch offices as separate entities for ease of implementation of GST. Further they have also requested that GST credits accumulated at the branch office should be available to the Head Office for set-offs.

Currently, 5 fields have to be matched for on the GSTN portal for invoices to claim input tax credit. These are GSTIN of supplier and receiver, Invoice Amount, Tax Amount and date of Invoice. Mutual Funds was this to be reduced to just the GSTINs and Input tax credit availed by receiver if less than output credit or supplier. The current system of multiple checkpoints, mutual funds, feel puts them to undue hardship and a simpler system will be helpful.

In addition to these changes, the mutual fund industry has sought relief in the timeframe for settlement of settlement of credit/debit notes, time frame of 180 days to be removed for payment of consideration to distributor/vendor, transfer of GST credit from MF to AMC to the extent of spillover.

These are significant proposals that the Mutual Fund industry has made to the Finance Minister Arun Jaitley for simplification of the GST mechanism and mutual funds feel this will ease a huge compliance burden on them.