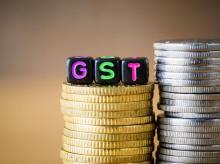 Businesses and tax experts continue to complain about problems faced in supply returns under the goods and services tax (GST) on the GST Network portal. The government refused to give another extension for the deadline on this, over on Wednesday.Pratik Jain, partner at consultancy PwC India, said, “We could not submit all the returns for our clients due to challenges faced on the portal. In many cases, either the data was not getting saved and where the data was saved earlier, the return could not get submitted.”Earlier, the GST Council had postponed the filing of supply returns, called GSTR1.

These were postponed till January 10 for the period of July to November for those with annual turnover over Rs 150 million. And, for July to September for those having annual turnover up to Rs 150 million.M S Mani, senior director at Deloitte India, said the delays in filing of returns and a possible reduction in compliance could be on account of the frequent changes in return filing timelines. “There are also some taxpayers who continue to face technology challenges in filing,” he said.Archis Gupta, chief executive at ClearTax, said though GSTN was much improved as compared to the earlier period, data were not reflecting on the portal right after submission. “This caused delay in filing of returns,” he said.Sudhir Singh, managing director at Marg ERP, also narrated problems on GSTN. “Although the number of issues and inconsistencies in the filing process has come down, there still exist a number of these. There is a sense of confusion for customers regarding the process,” he said.Praveen Khandelwal, secretary general of the Confederation of All India Traders, said at least half of all taxpayers could not file their returns due to glitches in the GST portal. He wanted a thorough technology audit of the portal.